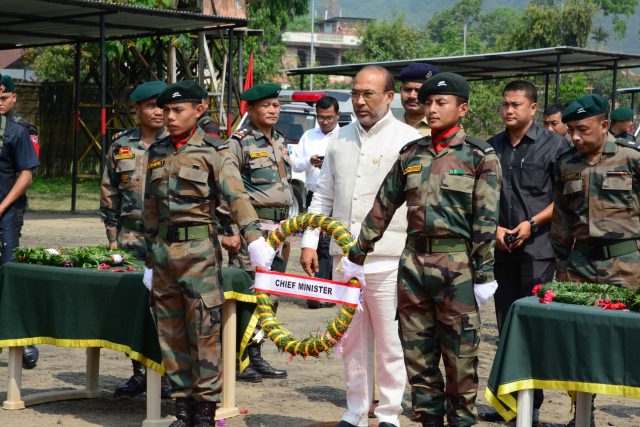 Condemning the unfortunate incident in strongest terms, Chief Minister Shri N. Biren Singh said that those martyred soldiers laid down their lives to serve the people as well as the country.