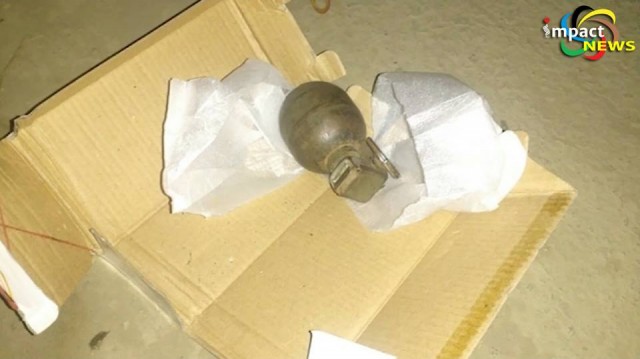 IMPHAL, Dec 15, 2015: Strongly denouncing the placing of a Chinese grenade at the residence of Chief Editor of a local TV channel “Impact TV”, journalists’ fraternity in the state on Tuesday resolved to go on pen down strike on December 16. The decision to go on pen down strike was resolved in a joint meeting of the Editors’ Guild Manipur and All Manipur Working Journalists’ Union, an apex scribes’ body in Manipur held at Manipur Press Club with Editors’Guild Manipur President Ahongsangbam Mobi and AMWJU President Wangkhemcha Shyamjai presiding the meeting. The meeting while taking serious note of bomb threat to the IMPACT TV Editor Yumnam Rupachandra by unknown miscreants claiming to be a members of an armed group regarding not publication of a Press Release of the outfit unanimously resolved to stage pen down strike tomorrow as the state government machineries too cannot assures the life of the journalists. The journalists’ fraternity of the state will also stage a sit in protest at Keishampat tomorrow.