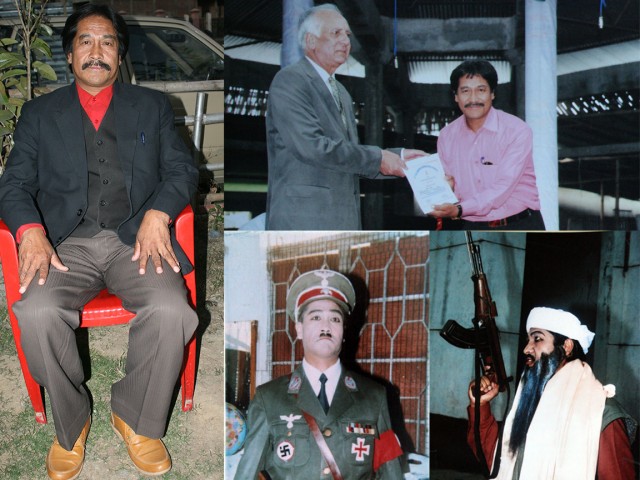 A composite indigenous art form of Manipur ‘Shumang Leela” (courtyard play) informs, educates, entertains, persuades and motivates people on a variety of issues. Apart from entertaining people and making them forget their day-to-day tensions and worries, Shumang Lila, taking the role of mass media, highlights various social issues to the people ranging from the most learned to the most illiterate, the richest to the poorest, and the most foolish to the wisest. Although the people of the state love and support the art form, Shumang Leela Parties use to receive frequent strictures from different civil bodies in the state regarding Shumang Leela shows in time of students’ examination, Bandh or general strike. Out of 12 months of a year, Leela Parties hardly get three months for Leela shows. As such, living of the professional Leela Artiste who maintains family has severely been affected. Shumang Leela needs to be considered as mass media rather than entertainment, said Shumang Leela Artiste Laishram Tomba.
Popularly acclaimed for his role of ‘Adolf Hitler’ in Shumang Leela play ‘Lydissigi Gulap’ and ‘Bin Laden’ character in the play ‘World Trade Centre’, 47 years old Artiste Laishram Tomba hails from Awang Potshangbam, Imphal east.
Born to Laishram Mani Singh and Laishram Ongbi Bhanu Devi on April, 1968 as youngest son among six siblings (four sons and one daughter), Artiste Tomba started his career in Shumang Leela art since 1982. Imphal Jatra cum Drama association’s Shumang Leela play ‘Memnaobi’ scripted by Oja Birachand, staged in February, 1985, was his first play. He has acted in more than 56 Shumang Leela plays till date. Some of the popular Shumang Leela plays in which the artiste acted include ‘23rd Century’ penned by Dinesh Tongbram, ‘Memsaheb ki Sari’, ‘Achumbagi dagpham’, ‘Eegi Mahao’ Nongma Haige and Lydisigi Gulap etc. He is a key artiste of Naharol Khongthang Artiste Association.
His father Laishram Mani was a noted Nata Sankritan Artiste while elder brother Laishram Jugeshor a renown Shumang Leela Actor, whose character in a Shumang Leela play ‘Rikshaw Kanao’ is highly acclaimed till date.
Awards and Honours
He is an approved Artiste of All India Radio, Imphal and DDK, Imphal in Jatra Category. Being an outstanding Artiste in the region, he has won many other Awards and acclamations to his credit. He won second best actor in the Shumang Leela play ‘Nongma haige’ in which he acted the role of an elder brother of a wicked younger brother in the All Manipur Shumang Leela festival 1995 orgainised by the Manipur State Kala Academy, two times Best Supporting Actor Award in the play ‘Anouba Numit’ in 2008-09 and ‘EE-Mari’ during Shumang Leela Ningthem Kumhei 2012. Recently, Artiste Tomba was honoured by conferring the prestigious Gojen Award 2015 on the occasion of Shumang Leela Ningtham Kumhei
Dalit Sahitya Academy Manipur also conferred him Dr BR Ambedkar National Award 2014 in recognition of his contribution in the field of Shumang Leela Art.
Participations
He has participated many festivals in the state and national level including All Manipur Shumang Leela festival organized by Manipur State Kala Academy, 11th conference of IPTA at Kerala Trichur, Prithi Theatre Hall of Bombay, Meghdoot Open Air Theatre, New Delhi, Godki Sadan (Russian Cultural Centre) of Kolkatta Nagpur, Belgam Medical College of Karnataka, Open Air Theatre of Trivandrum, Kalikat and Kalipat of Kerala. He has also participated in national theatre festivals, seminars and competitions held at Delhi, Assam, Nagaland, West Bengal, Orissa, Allahabad, Silchar, Mumbai, Kerala etc.
He is associated with many Gurus, scholars and Directors including Sanakha Ibotombi, Naba Wareppa, Director Theatre Mirror, Late Birjit Ngangomba, noted Director, retired senior lecturer of National School of Drama and Padamashri Ratan Thiyam, renowned theatre activist.
Apart from his acting experience in Shumang Leela plays for 20 years, Laishram Tomba is also a good table player who has passed Bisharad II in Tabla from Badhkhande Sangeet Vidyapati, Lukhnou. He has completed diploma in folk music, trained in social work, Mass communication. He is a certificate holder in two years course on Moirang Parva, five years theatre course on historical Leela and total theatre, five years course on rural theatre.
His yester-years
Before his entry to the world of Shumang Leela art, he used to drop and collect his Artiste brother Jugeshor on a cycle wherever he goes for Shumang Leela show. In those days, cycle was the only means of transport for Shumang Leela Artistes to visit various far flung villages of the state for Leela show. When they received invitation for a Leela show, the artiste from various areas would congregate at Leela party office in Imphal riding their cycles and move in group with Dhulok, Kartal on back riding their cycles to stage Leela plays in far flung villages including Khongjom, Sugnu, Kakching, wangoo etc.
“My career in Shumang Leela art began only when Tamo Binod, Leela Aeriste highly noted for his villain character ‘Jagat Singh Dhaku’ in a play dragged me into the profession. One day, he suggested me to join Shumang Leela which I readily agreed. Initially, my brother Jugeshor rejected my idea of becoming an artiste. Finally, he had to relent due to my great passion for acting”, recalled he.
He recalled that an artiste got Rs 30 each for a Leela show when he started the career. The amount was very big in those days. Now, the artiste hardly gets Rs 500 for a show which is not enough for maintaining family. Compelled by the passion for the art form and preserving it for future, Shumang Leela artistes continue to dedicate for the art form despite low income they get from the profession.

Kaiku – a performing and endurable star