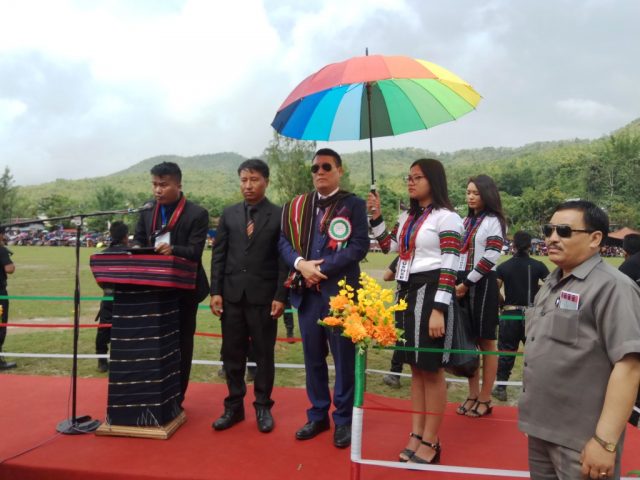 IMPHAL, May 16 (DIPR): IFCD and YAS Minister Shri Letpao Haokip has appealed to all concerned stakeholders to take a proactive role in solving the imbroglio surrounding the nine dead bodies over the three Bills passed by the State Assembly about two years back.

He urged concerned denizens of Churachandpur to play their parts in bringing a final settlement to the issue surrounding the dead of nine persons so that the district sees more progress and development.

Mentioning that Manipur is a sports powerhouse, Shri Letpao Haokip, who himself was also a footballer representing the State in the national level, said the State Government is committed to harness the full potential of sports.

In its attempt to identify sporting talents from the grassroots, the State government has been working on to construct playground at all block and sub-divisional headquarters in the State, Shri Haokip said.

The function today was marked by offering of floral tribute, football final match and gun salute to Martyrs who laid down their lives for the cause of Hmars’ autonomous district council demand in Mizoram in the late 1980s. (DIPR)