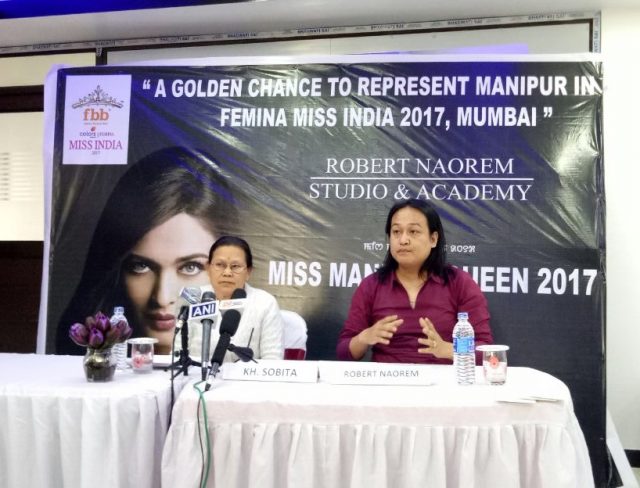 10th March 2017 : MISS MANIPUR QUEEN 2017 is all set to organise in Classic Grande,Imperial Hall on 16 th of March 2017. It is a platform to push the talent representing the state Manipur is one of the biggest pageant of the country“Femina Miss India 2017, Mumbai”. The pageant has been organised by Robert Naorem Studio &amp; Academy ,in the vision to promote talents in the field of fashion helping them to come up in the national level . Total 25 contestants will be selected based on the eligibility criteria given by the Femina Miss India ,in the audition which will be held on 12th March at Robert Naorem Studio ,Uripok ,Imphal. Training and grooming of the selected contestants will be done by Achla Sachdev “one of the renowned choreographer and groomer of India who has groomed known faces like Priyanka Chopra, Dia Mirza , and many supermodels of the country “, will start the grooming in Imphal from 13 th of March. There are lot of talents in Manipur who has potential to come up in national fashion events but there is no financial support and right platform to showcase their talent is the problem faced but lot of talented people in Manipur. So Robert Naorem Studio &amp;Academy has come up to give the platform and basic financial expenses required to represent themselves in the National Pageant. Out of the top three constant selected in Miss Manipur Queen 2017,one deserved contestant will get a golden ticket to Femina Miss India Finale ,Mumbai, 2017 In the history of Manipur no talent has represented in the national pageant Femina Miss India that annually selects representatives to compete in Miss World. It is organised by Femina a women magazine published by The Times Group.