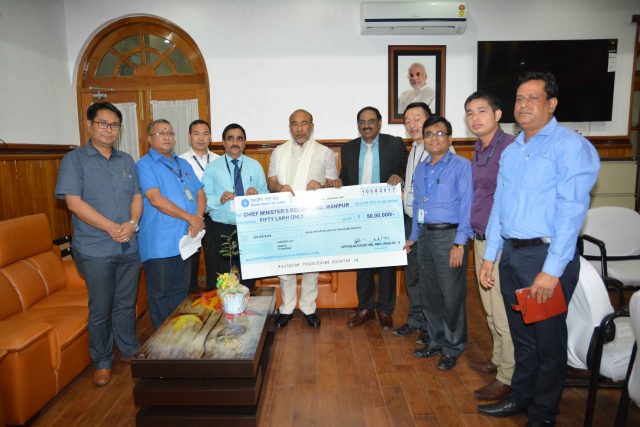 The Chief Minister’s Relief Fund (CMRF) received a total of Rs. 56.60 lakh from different organisations and associations today. In a solemn ceremony held at Chief Minister’s Secretariat, the amounts were handed over to Chief Minister Shri N. Biren Singh.

On the other hand, the North American Manipur Association (NAMA) also contributed Rs. 2,00,340 through online transaction to the CMRF.

The Chief Minister expressed gratitude to all the organisations and individuals who had contributed generous donations to CMRF. He also appealed to the public to donate generously to help rehabilitate the victims and rebuild the damaged houses. (DIPR)