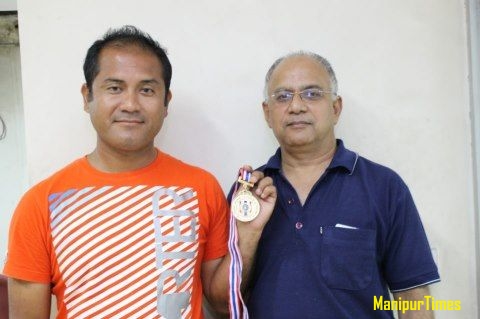 Ranjan waribam (coach) along with two players miss Lily Chanu and Chinglensana have been selected to represent India in the compound category in the forthcoming world cup archery stage 2 to be held at Antalya (Turkey) from 23rd May to 1st June 2015.

Ranjan Waribam who is a junior commissioned officer in Indian army is presently posted at Army Sports Institute, Pune.

Team led by him created the history by winning team gold medal and Individual silver medal in 19th Asian games which was held at Incheon (South Korea).