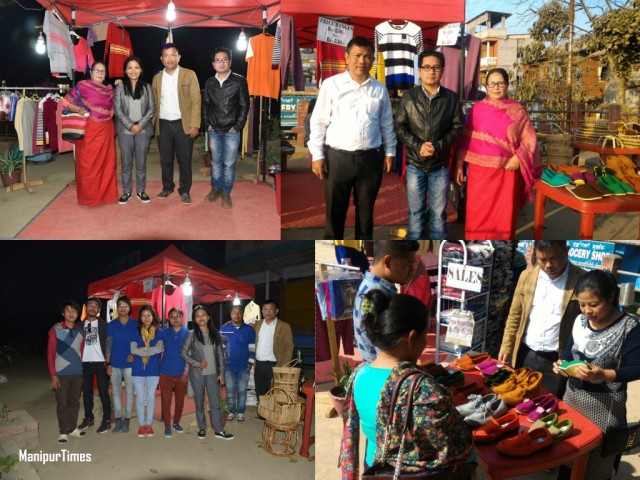 February 7, 2016: Manipur Creations after moving its factory to Manipur from Tamil Nadu few months ago, it finds hard to sell the Make in Manipur garments to the public because of lack of awareness and popularity among general public.

The same goes with Mukta Shoes Industry which has been in knitted shoes business for almost 25 years. Although Mukta shoes have been popular among the central army personnel and students studying outside Manipur, again it lacks the awareness among the general public.

In a state where branded garments and shoes have already captured the local market, and with Government organized festivals have very limited sessions in a year, reaching out to general public to create general awareness of Make in Manipur garments and knitted shoes has always been a challenging tasks.

To a surprise, many local people are not aware of these products. The response from the people of Kakching is quite good despite the size of market size compared to markets in Imphal area.

Both Manipur Creations and Mukta Shoes will travel around places in an attempt to promote its products and making awareness of Make in Manipur products to generate public. They seek people’s support.

Vasunraz, MD of Manipur Crearions said that in a state of Manipur this has become the only way to sustain his factory and sustain it whereby keep his employees engaged and paid their salaries in time. The same goes true for Mukta Shoes Industry which presently employs 10 skilled artisans.