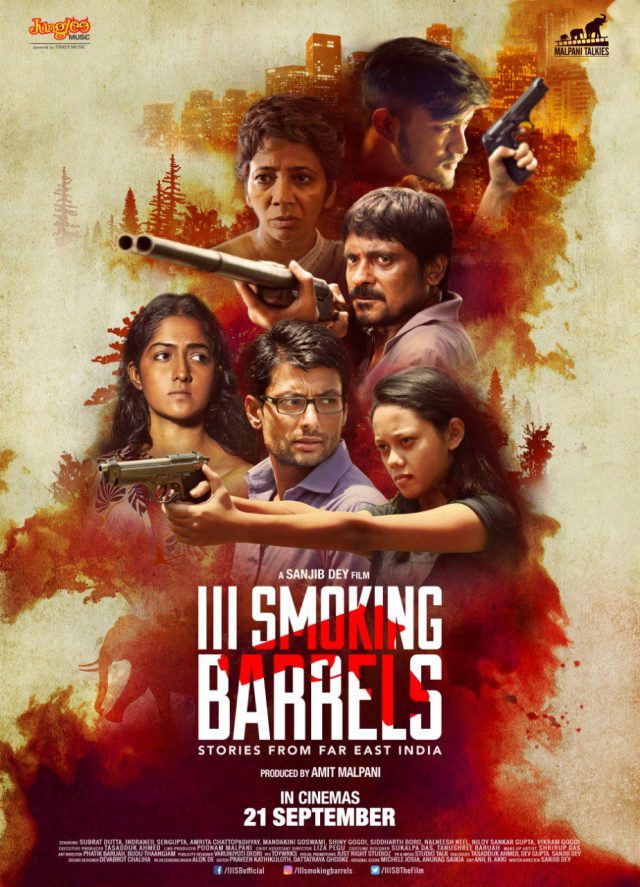 “III SMOKING BARRELS is a film exclusively about North East India. It is an anthology of three stories each exploring a different stage of human life. A CHILD involved in armed conflicts, a BOY in drug peddling and a MAN entangled in elephant poaching. The film is inspired by true events and it seamlessly uses multiple languages, viz – English, Hindi, Manipur, Assamese, Bengali & Nagamese.

III Smoking Barrels is releasing on 21st September on the occasion of International day of Peace. “