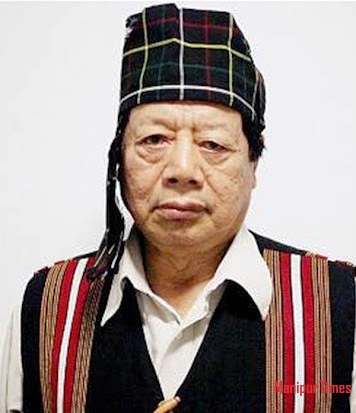 21st July 2015: The Kuki Students Organisation-General Headquarters expresses heartfelt condolences over the sudden demise of Pu Raphael Thangmawia, President of ZORO on 20 July 2015 at Geneva. The Chin-Kuki-Mizo people are bereft of a great leader on his death, and it will be hard for the people to find a person who can fill the shoe of a leader of his stature. The great leader is the epitome of Chin-Kuki-Mizo people re-unification and its movement for a place in the comity of nations. Pu R. Thangmawia lifetime’s work for the emancipation of the Chin-Kuki-Mizo ethnic group as a nation has inspired us, and instills the feeling of self-determination and freedom in our minds. His dedication and self-sacrifice in the service of his people remains etched in the mind of every person who has ever got the opportunity to know him.

The Kuki Students Organisation expresses deep sympathy to the bereaved family, and prays they may find solace and consolation in the knowledge that their family has given us a great leader who will never be forgotten.

On behalf of all the Kuki students,