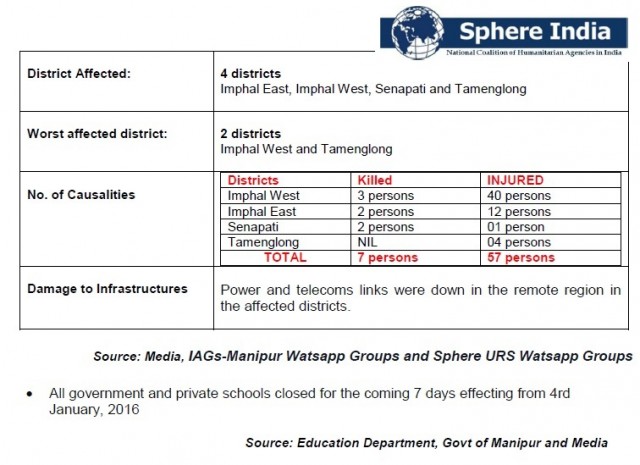 At least 7 people were killed and numbers of causalities reached 57 persons after an Earthquake of 6.7 magnitudes in Richter scale that hits Manipur on 4rd January, 2016 early morning. Dead toll was expected to rise, with rescue efforts hampered by severed power supplies and telecommunication links. The quake struck while many residents were asleep, and roofs and staircases of some buildings collapsed in the city of Imphal East and West.

All government and private schools closed for the coming 7 days effecting from 4th January, 2016 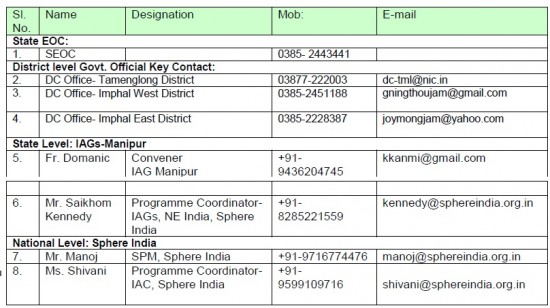