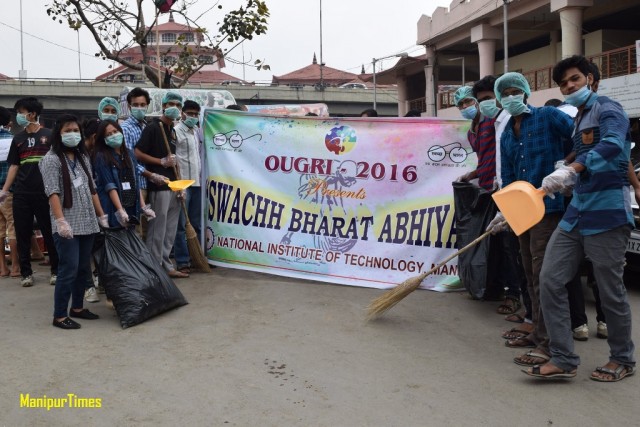 A Swachh Bharat Campaign was organised on 16th March 2016 by the students of National Institute of Technology, Manipur as a part of the cultural and technical festival OUGRI 2016. The team commenced the campaign on the streets of both the main markets of “Ima Keithel “. There was some obvious hurdle during the campaign as the venue and the time of organising the event was clashed with business hour of the state. In an effort to vibrate a message of cleanliness to the general public, the students team, discretely put in their effort to clean the garbage, picked up the wrappers, left over packets of chips and scraps of paper from the streets of both Paona and Thangal Bazar. The programme was attended by more than 50 students and was supervised by the OUGRI 2016 Faculty In Charge Dr. Ngangbam Romeji Singh.”