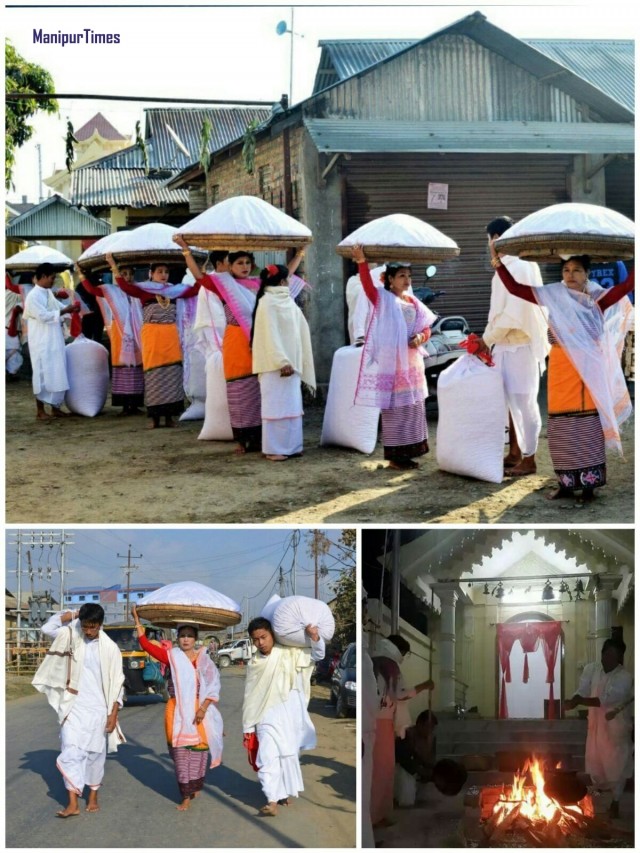 Moirang has various unique traditions and cultural activities and practices and one of them is a one-month long Kabok Chaibi festival of Ibenthou Ayangleima Ahan and Atombi held normally during the intervening months of December and January. For the year 2016, the said ritual had started from 25th January and will last for 30 days. Distribution of kabok will be done for two days, but the temples of goddesses will be open during the festival for the believers to get the blessings from the goddesses.

During the period of one-month long festival Iputhou Thangjing is believed to stay in the temples of the two Ibenthous which are located in close proximity in Khoyangbam Leikai and Moirangthem Leijubam Leikai. For that said reason, the temple of Edudhou Thangjing will remain close. One implicitsignificance of the festival is that Goddesses of wealth and prosperity visit every household of Moirang carrying kabok on head load and shower blessings to all devotees along with the distribution of kabok, popped rice. These kaboks are believed to be surcharged with divinity and protect the devotees from evil spirit.

Temples of the two goddesses had recently been renovated with indigenous architectural designs and deserved to be tourist-centric.

Such unique and divine festival is celebrated only by those people living in Moirang and the localities under Moirang sub-division of Manipur State.