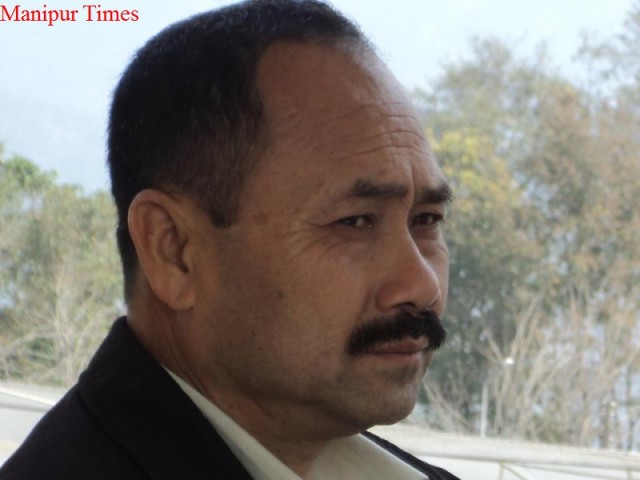 He was an unemployed youth when he finished his course in Food Processing Technology in Delhi in 1987. His family and friends insisted him to try for a government job. But he had a different dream.

‘One must try to be an employer rather than becoming an employee’ was the notion Takhellambam Sanajaoba quietly adopted inside his mind and this philosophy ultimately proved instrumental in setting up Sana Food Industries.

When Sanajaoba was pursuing his course in Food Processing Technology, he got the opportunity to travel at various places of India by train. And it was a rare chance for him to witness different food processing factories in those places.

Since then, Sanajaoba has been dreaming of setting up of a food processing plant in Manipur to provide jobs to himself and other unemployed youths of the State.

Talking to the Manipur Times, the successful entrepreneur says, even though he had the dream to establish a food processing plant in order to bring a sense of entrepreneurship to the younger generation, he did not have the necessary capital.

So Sanajaoba took a loan of Rupees 4.5 lakh from MANIDCO and converted his dream into reality in 1992 with the setting up of Sana Food Industries.

At the initial stage, Sana Food Industries manufactured only squash. However, in due course of time, other varieties were also added and the industry is currently producing squash of different fruits — orange, pineapple, lemon, mango and passion fruit.

Apart from squash, Sana Food Industries is also producing soft drink of litchi, lime ginger, orange and pineapple. The industry is planning to add noodles as its latest product in the near future.

The raw-materials required for this industry are fruits, sugar, citric acid, flavours and preservatives.

Sanajaoba says, “Out of these raw-materials fruit is the only raw-material which we purchase from our State. We buy rest of the raw-materials from other States. We purchase the fruits in bulk during the month of December and extract juice from the fruits. The juice is preserved for future use as per requirement.”

With a workforce of six permanent employees and 15 casual employees, the industry produces 2000 bottles of soft drinks and 500 bottles of squash bottles in a day during the pick season.

The finished products from the industry are marketed through various agents. There are also a number of women hawkers who sell the products door to door.

The peak season starts in March and ends in September. During these months, the industry can earn around Rs 60,000-70,000 per month.

During the lean season, the industry tries to share its knowledge to the people. It organises many training programmes on food processing and impart training to a number of Self Help Groups (SHGs).

Once the industry launches its noodles, there will be no lean season for Sana Food Industries.

The products of Sana Food Industries have been getting good response from the customers in the local market. Its soft drink (lime ginger) has become a unique product in the market as no other company produces this variety.

Unlike other products, the raw materials of lime ginger are mostly purchased from the local market. Lemon juice is blended with ginger to get a yummy taste for Lime Ginger soft drink.

Owing to the presence of multi-national companies, it is hard for the Sana Food Industries to popularise its products at the National level although its products are very popular in the local market.

Sanajaoba says, if the Government of Manipur supports the industry in this regard and introduces policies, the products will able to enter the National market.

“If there are some dedicated stalls for processed food outside Manipur we can promote our products.”, he says.

Sharing his future plans, Takhellambam Sanajaoba says that he is planning to expand his industry shortly. If he shifts the industry to Food Park at Nilakuthi, the industry will focus better on hygienic production.

Disclosing his diversification plans, Sanajaoba says that he is planning to produce his products in cans.

He feels that a State will not become a developed State until and unless there are industries.

“Government cannot give employment to all the citizens. So it is right time for the youths to concentrate on industrial sector. We have to take the responsibilities and face the risks if we want to be a successful industrialist,” he adds.

An awardee of the Best Promising Entrepreneurs Award given by International Friendship Forum of India, Sanajaoba has also got a number of rewards in various State and National level competitions and fairs.