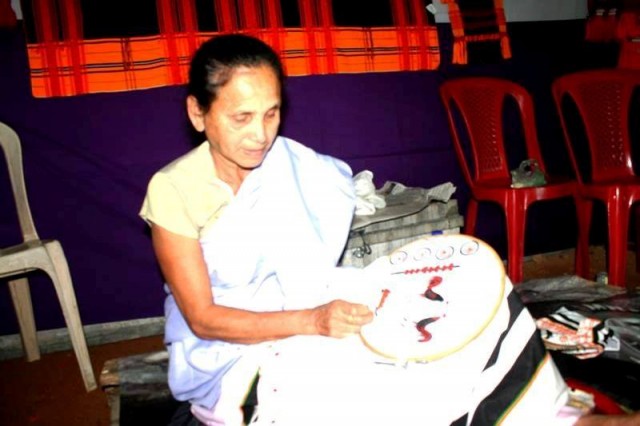 Like other communities, Kabui has different traditional fabrics to be used during different religious occasions/rituals – birth, death, festivals etc. she said that a wife of the Kabui Khullakpa wears a special traditional attire called Lousenglung. she shares her stall at the ongoing Manipur Industrial expo 2016 with her younger sister Marta, a state awardee in handicraft.

Mrs Lousenlung learnt weaving of Kabui traditional fabrics from her late mother and mother right from her tender age of 15 years. She was serving as primary teacher in a government school. She is now stating at Mahabali Kabui khul, palace compound. An elderly lady endeavoring to promote the legacy of the colourful traditional fabrics of Kabui community, she used to supply the woven material to both wholesalers and retailers.