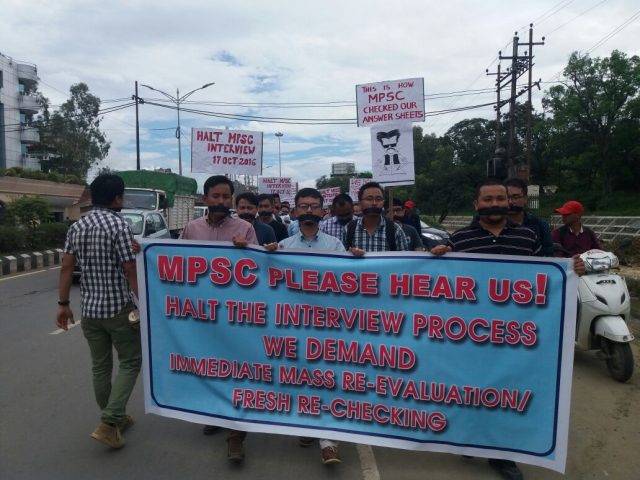 The Manipur Public Service Commission has been in the news for quite some time now and for all the wrong reasons. Major discrepancies and fallacies in the conduct of the MCSCC Examination, 2016 by MPSC have surfaced, calling into question the validity of the said exam. It is heartening to see that some of the candidates who appeared for the said examination have come forward to shed light on these irregularities and the reckless manner in which MPSC has handled the whole affair. On taking this matter to the High Court of Manipur, a three-member Inquiry Commission was formed, on the reports of which the Court’s judgment was based. But the observations made in these reports, which are taken as gospel truth by some, were in fact held by the Court as ‘not conclusive findings of relevant facts’.Some of the contradictions which led the Court to arrive at this statement are deliberated in this article.
In Prof. Milan Khangamcha’s (one of the members) report, he wrote, ‘The evaluated khattas were sent back on time to the Secretary, MPSC in person through an MPSC authorised responsible person, so as to make them available for the confidential processes of codification’. When evaluation precedes codification, it is beyond bizarre to still call the process ‘confidential’.
It is also mentioned in the reports that the evaluation of the answer scripts was done at the ‘residence of the concerned expert’. This, however, is in total contradiction to MPSC’s counter affidavit which states, ‘The MPSC could complete the process of evaluation of the answer sheets within a short span of time by engaging more manpower and by calling the experts for the evaluation to the Commission’s office’.
Candidates sitting for the exam were provided answer scripts with 34 pages. However, the reports themselves on this matter gave varying information. While one report said it had 40 pages, the other said it had 34 sheets i.e. 68 pages, which raises the doubt if the answer scripts MPSC provided to the members of the Enquiry Commission were those that the candidates had actually written or otherwise.
Besides these inconsistencies, evidences of mark tampering, error in tabulation of marks, absence of examiner’s and/or scrutiniser’s signatures in answer scripts, etc. were unearthed after receiving photocopies of answer sheets of candidates through RTI. Such glaring errors, as detected from the answer sheets of around 20 candidates only, have piled up to form nearly 325 pages alone as annexures and are submitted along with a fresh petition filed by the candidates.
In light of the above noted points, the claim of the reports that there was nothing “substantial on the basis of which one might reasonably conclude that there had been no irregularity or impropriety on the part of the MPSC in getting the results announced speedily” is debatable. The High Court, after careful examination of the said reports, rightly held, ‘The observations made in the Reports are not conclusive findings of relevant facts’.
The very people who feel no questioning of the reports by the petitioners is warranted despite these ambiguities, are peculiarly silent on MPSC’s repeated refusal to follow the Court’s order to allow the petitioners to examine the answer sheets of the 82 selected candidates. Why is MPSC still withholding themif they have nothing to hide?
It is a stark manifestation of the sorry state of affairs of MPSC that, in the Lisham Henthoiba vs MPSC case (2014), the High Court of Manipur was compelled to describe this constitutional body as ‘incapable of holding selection properly’ and as ‘absolutely irresponsible or negligent in the discharge of its duties’. The numerous scandals, in which MPSC is involved, including the infamous MCSCC examination 1995 which was quashed, hold testimony to this. The Court also warned the Commission that if this continued, the public would lose faith in it. When the state’s highest recruiting body functions with such imprudence, the future of the state is at stake. It is high time for the MPSC to completely overhaul its functioning under transparent and judiciously framed rules and regain the confidence of the public.
The fight for fair recruitment, and thereby, clean and incorrupt administration should not be left to the aspirants only. With the will and support of the masses, the vision of a better society can be materialised. With the momentum of the movement to clean MPSC accelerating with the passage of time, hopefully the unfolding events will be etched in the annals of Manipur.

Latest update could be followed at Facebook Group of Aspirants MPSC Manipur at https://www.facebook.com/groups/705986446133306/