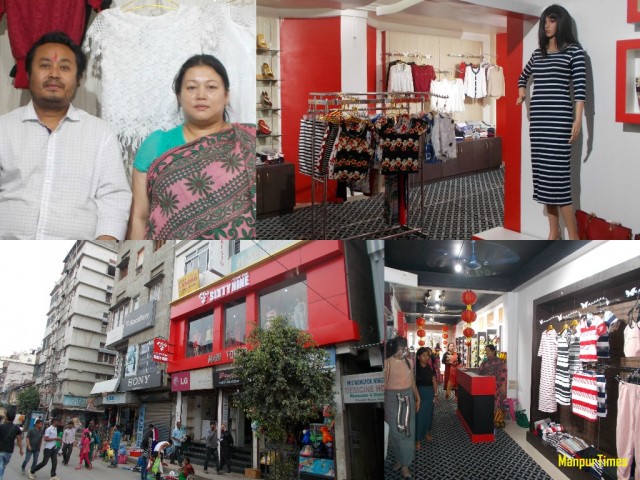 Konthoujam Prakash the owner of the “Sixty Nine” in an interview with WOL Media, says that he has been in the trade of oriental wearable for the past two decades with two retails shops already in Imphal. It has been his long cherished dream to open a retail store in Thangal Bazar, which is the hub of all commercial activities in Manipur. Upon fulfilling his dream he decided to brand name the store with his year of birth which is 1969.

Oriental fashion industry has grown tremendously during this decade with the TV channels like ARIRANG entering out television space, continued Mr. Konthoujam. More over the internet has also facilitated the influence faster and our affinity to the Orient has made it easier. The fashion-scape changes at rapid rate and it’s sometimes hard to keep pace with the changing trends amongst the youths. Sixty Nine as a Brand exclusively for women would endeavor to avail the latest trend in the fashion market at an affordable price. He also reviled his vision to operate a chain retails store in a franchise model, so that a Brand as Sixty Nine, which is made in Manipur, may target the metro cities in India in the years to come.

Nested distinctly in Red colors, opposite Kasturi Thong along the street of Thangal Bazar, Sixty Nine probably is the first trendy store meant exclusive for women, added Kh. (O) Victoria, wife of Mr. Konthoujam, and we are really happy to have all the staff as women thus generating job opportunities that might contribute a little in the economy of Manipur. She would continue to look after the operations of the store while her husband keeps pace with the fashion trends, she concluded.