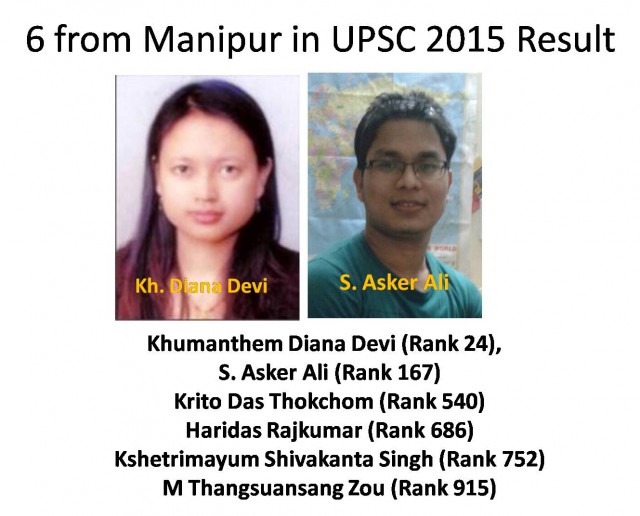 The Union Public Service Commission (UPSC) has declared the final result of Civil Services Examination 2015 on May 10, 2016.

Based on the results of the written part of Civil Services Examination, 2015 held by the Union Public Service Commission in December, 2015 and the interviews for Personality Test held in March-May, 2016, following is the list, in order of merit, of candidates who have been recommended for appointment to: (i) Indian Administrative Service; (ii) Indian Foreign Service; (iii) Indian Police Service; and (iv) Central Services, Group ‘A’ and Group ‘B’ 2. A total number of 1078 candidates have been recommended for appointment as per following break-up: General (499), OBC (314), SC(176) and ST (89).