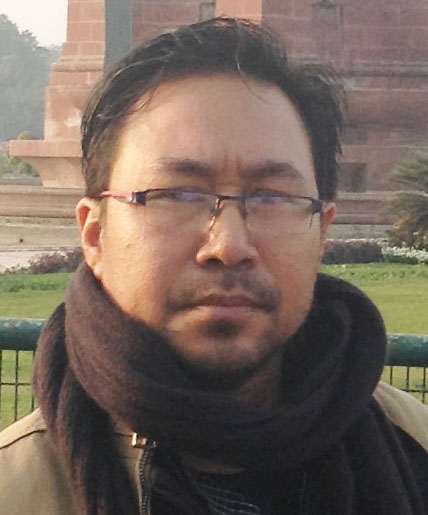 Former Nagaland Chief Minister and the Governor of Odisha, Dr SC Jamir has been critical of the Center’s Framework Agreement with the NSCN (IM) since the signing of it on August 3, 2015. He has been critical of the nature of the accord as the two failed to make public the contents of it. “However, the crux of the matter is that it is like talking about the fish without actually seeing the river,” he said reacting to the accord.

A signatory of the 16-Point Agreement, Dr Jamir has also been consistently asking both the Government of India and the NSCN (IM) to make public the contents of their accord. But they have been failing to make public the contents of the agreement even after the lapse of nine months since the signing of it. In fact, the people started doubting on the credibility and integrity of the leaderships of the country.

However, Dr Jamir, while addressing the Moatsu Festival at Mokokchung on May 3, emphatically called upon the Aos to work for the unity of the Nagas. He warned that the present Naga society was going through a dark phase just like the days of their forefathers before the advent of Christianity. And with the coming of Christianity in the Ao areas, the Aos became pioneers in spreading the gospel, the love of God, truth and unity to the whole Naga areas. He told the Aos that they should once again spearhead just like the “grandparents” who with nothing but faith, belief in truth and honesty brought so much changes in the whole Naga society some hundred years ago.

It may be recalled that Nagaland Minister for National Highways and Mechanical Engineering, Nuklutoshi, who was part of the 19-Member Parliamentary Working Committee (PWC) of Nagaland, after their meeting with the Prime Minister Narendra Modi on July 16 last year, mooted the idea that they must immediately engage in discussions with their people in villages.

He also narrated how the 16-Point Agreement was not even accepted by sections of the people, though he considered it as “good enough.” Such thing happened simply because Naga national group was not consulted before inking the Agreement with the Government of India, he added and further explained that the Nagas had been maintaining a strong culture and traditional systems and their representation should be always needed while taking any decision for the welfare of their people. “Even in the Village Council Meetings, a decision cannot be taken in the absence of a Clan of the Village,” he pointed out. And that was why they had to go back to the people with the slogan “Unity for Solution” and further asserted that the Naga people could no longer afford any piecemeal solution.

Within a month of the historic Framework Agreement last year, Nuklutoshi had hectic meetings with the members of the apex Ao Church Body, ABAM, members of the Ao civil societies and student bodies including the Ao Senden, Watsu, AKM, Mokokchung senior citizens, Mokokchung Town Ward Union, Mokokchung Town Lanur Telongjang on the latest development of the Naga political issue at Impur and Mokokchung. He called upon the Aos to rededicate their commitments to bringing and strengthening “unity” among the Naga people, urging them to play an important role for the unity of the Nagas. He highlighted of the present Naga political issue which was passing through a critical phase and reminded them as to how their past Ao leaders pioneered in many fields including the Naga political issue. He urged the present Ao generation to play an important role by becoming the architects in the “framework of Naga political issue.” The Ao people must work for the unity of the Nagaland people, he said.

He also reminded the Ao church leaders as to how their past Ao church leaders sent missionaries to the Eastern Nagaland People’s Organization (ENPO) areas to spread the message of Christianity to the people and also provided education to them. These missionary works provided by the Ao missionaries in olden days in ENPO areas had not only brought massive changes among the ENPO people but also closeness between the Aos and them, he recalled and further requested the present Ao church leaders that they should also follow the suit of their past leaders by reinvigorating their efforts so as to bring unity among the Naga people.
In fact, the Aos, considered being the most advanced among the Nagas, had actually played crucial roles in olden days as stated by Dr Jamir and Nuklutoshi. In fact, many Naga tribes living in the eastern sector can easily speak Ao dialect. The Christianity first came to Ao areas, and the Aos also led the Nagas in many ways in earlier days. The first NNC President was an Ao. The first Chairman of the Naga People’s Convention was an Ao. The first Chief Minister of Nagaland was an Ao. And if the Aos are seriously concerned for the present political development, they should, with no waste of time, start playing their roles as their forefathers did. There is every possibility that positive development may emerge and it may generate further positive development towards finding solution to not only the Naga political issue but also many issues that the Nagas of today confront.