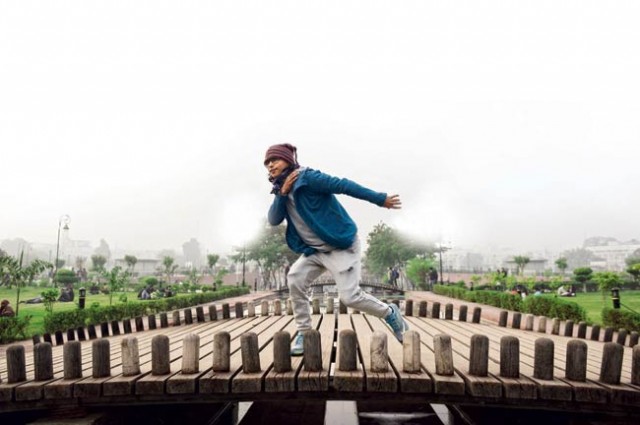 For his latest work, ‘Nerves’, Manipuri dancer and choreographer Surjit Nongmeikapam, aka Bonbon, made good use of his part-time stint as a movement therapist at The Human to Humane Transcultural Centre for Torture Victims (H2H) in Manipur. Bonbon spoke to widows whose hus- bands were acc u sed of being militants to create a work which wowed jurors of the Prakriti Excellence in Contemporary Dance Award. London- based dance critic Sanjoy Roy called it “a theatrically effective and choreographically inventive piece”.

It’s not something one would imagine coming from a kid who spent hours at his grandfather’s video parlour watching Bollywood films and choreographing-not dances but fight sequences to emulate his idol, Jackie Chan. Bonbon’s fondness of climbing and jumping off walls ensured that he had athleticism and flexibility, skills which would later help him take up dance professionally. After trying his hand at hotel management for a year, he headed to Bengaluru’s Natya Institute of Kathak and Choreography in 2005 for a bachelor’s degree in choreography and arts history.

Trained in Kathak, Kalaripayattu, Manipuri, Thang-Ta-the martial arts form of Manipur-and contemporary dance, Bonbon, now 32, is influenced by all the styles but the body language he has evolved is distinctly his own. “I’m not technically good at all these styles so I don’t want to misuse them. I’ve always wanted to do something different and improvise.”

Rea more at “The new Hotsteppers” – There are the rock stars, and then there are the indies, in step with the contemporary. Meet some of India’s brightest young dancing stars

More about Surjit Nongmeikapam – an emerging international performer in Contemporary Dance Part I.