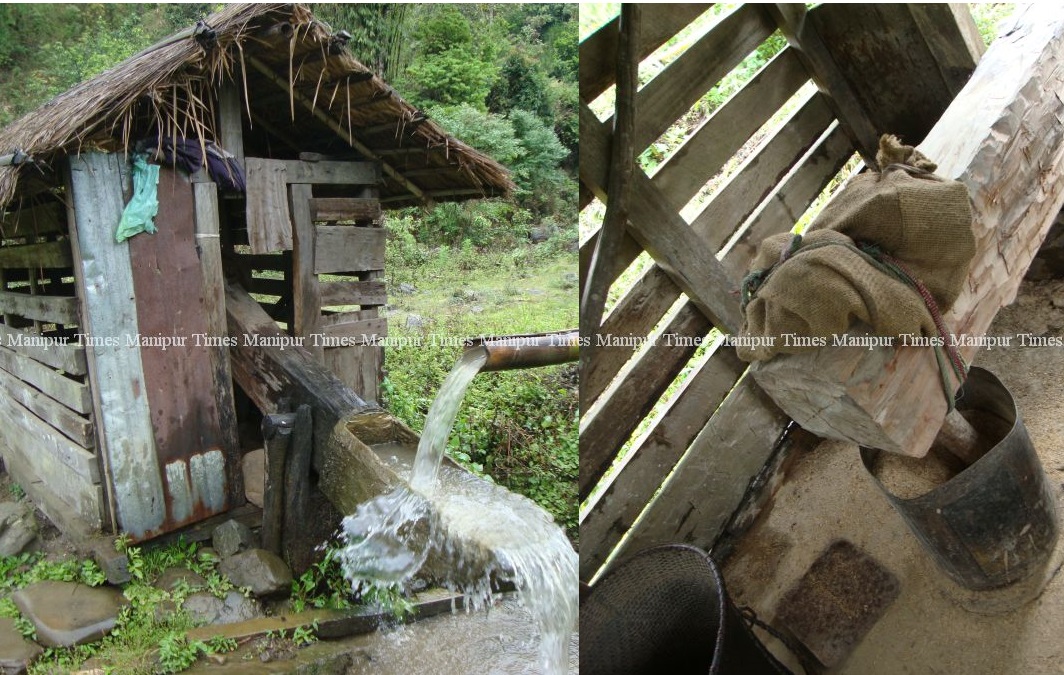 Believe it or not! Electronic or fuel propelled rice mill is an alien to the People of Tanulong Lanka, a village of Senapati district along the IT road which is 160 km far away from Imphal. They are still using their Tadui Pen an age old automated wooden device coined by their illiterate but wise forefathers that works sans man despite the technologically advanced world of today use electronic or fuel propelled rice mills to shell rice and other food grains.
This rice mill does not need electric or diesel or a man to operate it. It is purely run by the uninterrupted water flowing from gorge pools in their hilly region.
Lanka villagers have been using Tadui Pen since centuries. Villagers would leave their rice inside the Tadui pen and they would come the next morning for collecting the rice shelled by the machine.
The term Tadui Pen is created by combining two Liangmai dialects Tadui and Pen. ‘Tadui’ means water and Pen means mortar and’ pestle’ (Shumbal and Shuk). The unavailability of electric power and fossil fuel are the main reason for them to continue using the age old technology. A regular supply of water and a large log is all they need to make a Tadui Pen.
The log with a spoon like pit on one end and a rod like shape facing downward on the other end is kept in such a position that the end with the rod is heavier than the other end. A pit is placed under the rod with rice in it.When water flows into the spoon shaped pit, it gets heavier and weighs down once it becomes full. As soon as water pours out of the pit due to its downward declination, the side with the rod becomes heavier and it hits the rice in the pit as it comes to its original position.
Tadui Pen can grind around eight tins of rice a day during the rainy season during which there is abundant regular water flow. As the water flow is large and quick, the wooden mill can husk much more. However, in the dry season, it takes a whole day to shell a tin of rice due to shortage of water, said a villager.