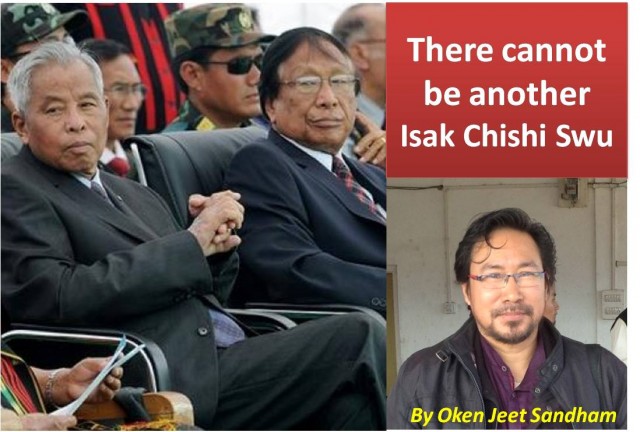 The death of Isak Chishi Swu, Chairman, NSCN (IM), at Fortis Hospital, Delhi on June 28, is, undoubtedly, a major blow to the ongoing political negotiations between the Government of India and the NSCN (IM). It was so unfortunate that Swu could not attend the historic signing of the “Framework Agreement” on 3 August 2015 due to his health problem. By the time the “Framework Agreement” was signed, he was already in the hospital. Prime Minister Narendra Modi who was present at the signing ceremony of the “Framework Agreement” taking place at his 7 Race Course Road, Delhi later paid respect to ailing NSCN (IM) Chairman. He said, “Just as his (Swu) contribution to this agreement has been huge, his guidance will remain crucial in the times ahead.”

Although it has been almost 11 months after the signing of the “Framework Agreement,” both the Government of India and the NSCN (IM) could not make public the contents of the accord. It is so unfortunate that such thing did not happen while the Chairman of the NSCN (IM) was alive, though at least the “Framework Agreement” was inked when he was alive.

Sadly, the 60 Nagaland Legislators, in spite of their coming together under one banner, Nagaland Legislators’ Forum (NLF), are not aware of the status of the ongoing peace process between the Government of India and the NSCN (IM) till date. It appears that they are still kept in the dark of the progress of the talks.

It may be mentioned that a 19-Member Parliamentary Working Committee (PWC) of Nagaland under the banner of the NLF went to Delhi in the middle of July 2015 and met Modi, Home Minister Rajnath Singh, Union Minister for Home Kiren Rijiju and Ravi. They urged Modi not to attempt with any kind of piecemeal solution to the longstanding Naga political issue as past piecemeal solutions had only spawned more bloodshed rather than ending the issue.

One of the remarkable steps Modi had done soon after his becoming the Prime Minister was his appointing RN Ravi as a new Interlocutor for the resumption of stalled talks with the Representatives of the NSCN (IM). The talks remained stalled after RS Pandey resigned as Interlocutor as he joined the BJP to contest 2014 Lok Sabha elections from his State, Bihar. Pandey, a 1972 batch Indian Administrative Service (IAS) officer, belongs to Nagaland cadre, was former Chief Secretary of Nagaland and knew the Naga political issue well. He was known for floating his concept of “Share Sovereignty” to find a solution to the longstanding Naga political issue.

Ravi is not new to the Naga political history. He retired as Intelligence Bureau (IB) Special Director in 2012 and is Chairman of Joint Intelligence Committee (JIC). He knows internal security issues and nitty-gritty of northeast insurgencies. As chief of premier intelligence club of the country, his primary job was to brief the Prime Minister of many vital issues, particularly security-related matters of the country.

Soon after the “Framework Agreement” was inked, Ravi conducted extensive “consultation works” by meeting several Naga civil societies, Nagaland legislators and even went twice to Manipur and had intense consultations with the influential civil societies.

Ravi while meeting with delegations of various Naga civil societies during “consultations” assured that the Government of India would not go for a “piecemeal solution” to the Naga political issue and further made it clear that it would be a “comprehensive solution.”

Although NSCN (IM) has been holding crucial talks with the Government of India to find a solution to the Naga issue after the signing of the “Framework Agreement,” Ravi has been trying his best to take all the Naga Political Groups (NPGs) on board towards finding lasting and permanent settlement to the issue. Similarly, many Naga civil societies had already cautioned Ravi that the Government of India’s attempt to find lasting and final settlement of the longstanding Naga political issue would face a problem if all NPGs were not involved in the process.

Now the most uphill task lies in front of the leaderships of the NSCN (IM) is to appoint new Chairman. Isak Chishi Swu was a tall leader enjoying respect and integrity not only from the organization but also the people. He is from the Sumi Naga of Nagaland and held high-profile positions in the NNC under AZ Phizo. The Shillong Accord of 1975 had done maximum damage to the NNC. The immediate fallout of this Accord could be seen by the formation of another Naga underground group, National Socialist Council of Nagaland (NSCN) in 1980, of which Swu was the co-founder. After about a decade, the NSCN got split into two in 1988, one was headed by him and Thuingaleng Muivah and the other by SS Khaplang. Following the split, hundreds of Naga underground cadres and high functionaries lost their precious lives due to factionalism. Sadly, it went on in large scale even after the Government of India’s ceasefires with the NSCN (IM) 1997 and the NSCN (K) in 2001. Many intellectuals and intelligentsia questioned the rationality of ceasefires with the Government of India. Some also asked as to why NPGs could not cease fighting amongst them when they could with the Indian security forces. They also wondered on New Delhi’s remaining as a mute spectator allowing factions to go free for all.

The height of the factional clashes and casualties had caused the birth of the Forum for Naga Reconciliation (FNR). Over the last nearly one decade, the FNR had really played to narrow down the differences between the various NPGs. Who would believe that the members of the NPGs would form a team to play soccer against a team drawn up from the members of the Naga civil societies? At last, they could play and became closer and all these happened under the initiatives of FNR.

Yet, when we talk of unity among the factions, it does not work. Even the NLF has requested the FNR to once again play their role as they had done in the past so as to bring all the NPGs together in order to find lasting and permanent solution to the Naga issue.