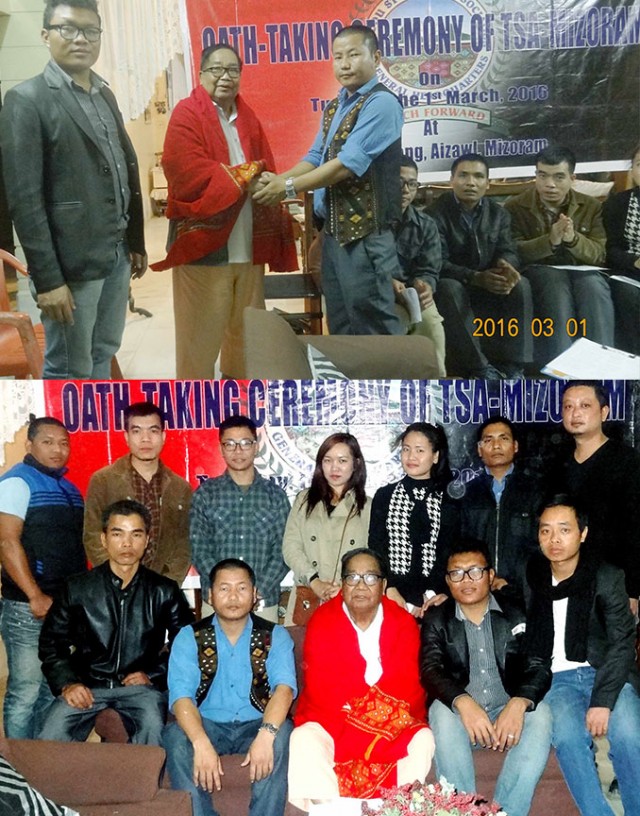 TSA-MZ was formed on the 31st January, 2016. The newly elected leaders for the office bearers are – Pu Jeff Lalhmingsang as President, Pu Rosangliana as Vice-President, Pu TD Zalawmpuia as General Secretary, Pu Albert Thadou as Finance Secretary and Miss Babie Lalnunnemi as Treasurer. The tenure of the office bearers shall be of three years with immediate effect from 1st March, 2016.

The office bearers were blessed by Pu F. Lawmkima, Former Minister, Govt. of Mizoram, and is also the Adviser for TSA-MZ.

TSA-MZ shall work for the welfare of the Thadou community living in particular and for the brethren Mizo in general. A motivational speech was also presented by Shri Michael Lamjathang Haokip.