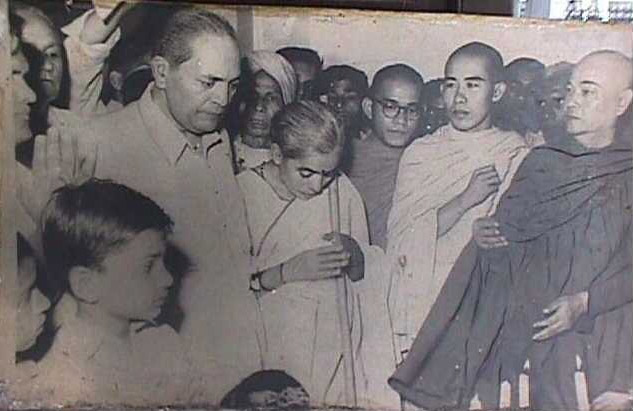 Celebrating 125th birthday of Dr. B. R. Ambedkar by Jawaharlal Nehru National Youth Centre, New Delhi, a talk – “The life and thought of Dr. Bhimrao Ambedkar” – by Professor Ashok Vohra, who retired as the head of the Department of Philosophy at University of Delhi, was organised today. Chairing the talk, the Centre’s Founder President, N. D. Tiwari, the former Chief Minister of Uttar Pradesh and Uttarakhand, also gave an inaugural speech remembering Dr. Bhimrao Ambedkar.

I, being an old student of the speaker – Prof. Vohra, was invited for the talk. While listening to his talk and subsequent arguments, opinions and questions from the audience, I became inquisitive to question whether it was “logic” that motivated Ambedkar the more or “Buddhism” that inspired him the most. Which one was of most interestingly significant in his choosing of his life’s principles – logic or Buddhism? Whether Ambedkar’s mind was influenced internally and deeply by “logic” and displayed explicitly and externally by embracing “Buddhism”? Was his mind internalized by “Buddhist logic” or “Logic” of the Greeks? Was he anti-Hindu because of logic or because he wanted to embrace Buddhism? Was he also not equally anti – “not- Buddhism” religion, in the domain of religions? Was he accepting Buddhism or the logic, not based on belief systems, of Buddha? Was he in search of “logic” or “religion”? Can any religion be a product of logic? Were the arguments and philosophical debates of Buddha to be treated as the basis on which the foundation of a religion – Buddhism – was formed? Did Buddha really make an attempt to invent his religion or the religion, which we and Ambedkar call as “Buddhism”? Is “Buddhism” also the religion of “Buddha” himself or the religion developed and evolved by the followers of Buddha and his recorded discourse? Did Ambedkar embrace Buddha, the logical man, or Buddhism, the religion established by the followers of Buddha based, primarily, on the teachings of Buddha? Did Ambedkar embrace Buddhism by looking at Buddha or the religion “Buddhism”? 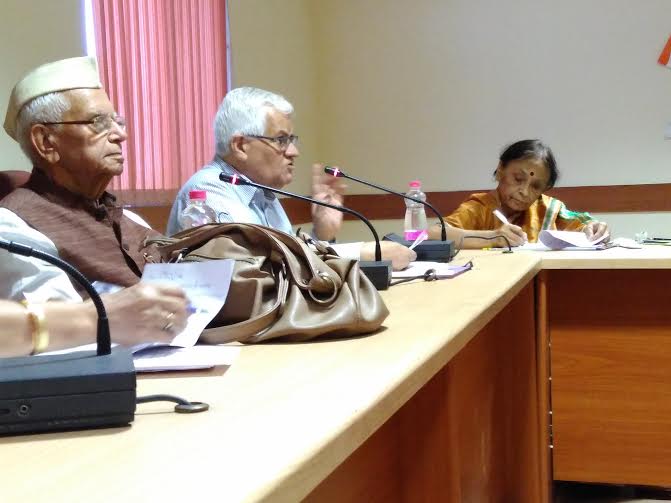 The classical contradiction, today, in terms of political principal ideology of the school of the Prime Minister Narendra Modi, who already has embraced Ambedkar, is that the supporter and protector of Hindu religion and its ancient religious texts has become the public proponent of celebrating Ambedkar’s ideas which were to destroy the ancient religious texts of Hindu religion and ridicule the Rig Veda, the Mahabharata, the Ramayana, etc. If Modi is a product of the anti – Ambedkar’s philosophy, then Modi’s embracing of Ambedkar in public is to be either read as Modi is merely playing the role of hypocrite on a stage for a vote bank politics, or, he is compelled to praise Ambedkar because he too has become the Prime Minister by taking the oath on the Constitution which was drafted by Ambedkar. Is Modi pretending, even if he really intends to do, to love Ambedkar publicly not causing a great fundamental and ideological destruction of his own school which made him to be the Prime Minister today? How can a weaken school of his ensure the return of him as the next Prime Minister in 2019?

Prof. Ashok Vohra wrote on “why Ambedkar chose Buddhism” , published by Daily Pioneer, in which he discussed about why Ambedkar chose only Buddhism and not other religions like Islam or Christianity too. The argument, today, could further go beyond, asking why Ambedkar also not chose Sikhism, Jainism, Zoroastrianism, Taoism, etc., or animism or nature worship or agnosticism or Karl Marx. Logic, which is predominant, in Buddha was the driving force to pull him towards Buddhism. If Ambedkar accepted Buddhism because he understood that “Buddha’s dhamma” was the best and the most scientific religion was found in Buddhism, then the question is also – whether or not was Ambedkar influenced by scientism or rather, physics – the study of nature?

The larger debate could be whether logic made what Ambedkar was or Buddhism makes what Ambedkar is. If Ambedkar comes back today, which one will he attend first – the lecture on logic or preaching of Buddhism?
Ningombam Bupenda Meitei is a poet, author and orator.