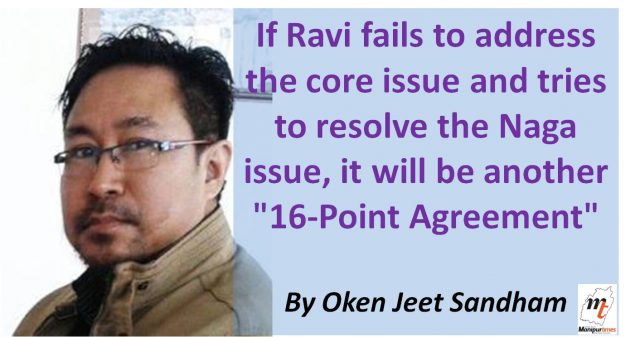 Ever since the Government of India started political negotiations with the NSCN (IM) after signing a ceasefire agreement with the latter in 1997, they have been making “Timeframe after Timeframe” to settle the Naga political issue. Prime Minister Dr. Manmohan Singh made a “Timeframe” for settling the Naga issue during his second tenure as Prime Minister. It didn’t happen. Then, Prime Minister Narendra Modi as soon as he became Prime Minister made another surprising “Timeframe” to settle Naga political issue within 18 months and it has already elapsed. Even Home Secretary, GK Pillai, while talking to the press after reviewing the “Special Attestation Parade” held at Assam Rifles Training Center and School, Shukhovi, near Dimapur in 2010, said the Naga issue would be resolved in 12 to 24 months. But the solution did not come.
I simply wonder how the Government of India could make “Timeframe after Timeframe” to resolve the Naga political issue while holding “political talks” with one Naga Political Group while there were over half a dozen Naga Political Groups some of them already had the ceasefire with them. Straightaway, the Government of India should have guts to speak the fact that there could not be a final settlement to the Naga political issue if all the groups were not involved in the “Political negotiations.”
I really appreciate GK Pillai as, at least, he cautioned that the Naga issue was a “difficult problem requiring an imaginative and innovative solution” while saying that no final settlement could come about having talks with one Naga underground group.
The Government of India’s ceasefire with the Federal Government of India (FGN) in 1964 and their subsequent political talks with the Naga underground leaders and other accord like the “Shillong Accord” of 1975 were a clear indication that the “16-Point Agreement” of 1960 was not a final agreement to the Naga political issue.
Although the “16-Point Agreement” gave birth to the Statehood of Nagaland as the 16th State of the Indian Union, the Naga issue continued to remain and became more and more complicated in the following years. One of the biggest political blunders the Naga People’s Convention (NPC) had done in the history of the Naga politics was they had directly entered into an agreement in 1960 that was later known as “16-Point Agreement” while they were supposed to be a “mediating party” between the Government of India and the Naga underground group. Had they consulted the Naga underground group before entering into the agreement, it would have been a different story. We never know the Naga political issue might have been resolved at that point of time had they consulted the Naga people who were in the jungles then.
Even Odisha Governor, Dr. SC Jamir, who is one of the signatories of the 16-Point Agreement, used to say that the agreement was one of the finest political agreements the Naga people ever had but not a final agreement.
Soon after the Government of India’s signing of the “Framework Agreement” with the NSCN (IM) on 3 August 2015 at Delhi, Interlocutor for the Naga Talks, RN Ravi, had been holding “Consultative Meetings” with Naga civil societies, Naga legislators and even had similar exercise in Manipur with the leading civil societies. He had also had such exercise with the Naga civil societies from Tirap, Changlang and Longding Districts of Arunachal Pradesh. In fact, he should have held such “Consultative Meetings” with other leading civil societies of Arunachal Pradesh. So far, he has not done any “Consultative Meetings” with the civil societies of Assam.
Although it was politically necessary to have “Consultative Meetings” with Civil Societies of Arunachal Pradesh, Assam, Nagaland and Manipur, it will not yield a positive result without addressing the “core issue” and it will be simply a waste of time, rather buying time to prolong the Naga issue.
Ravi himself had repeatedly gone on record that the Government of India would never attempt for any piecemeal solution as they had already experience in the past and their approach would be “comprehensive.” That means unless all the Naga National Political Groups (NNPGs) are involved in the process, there cannot be any final settlement to the issue. To achieve towards this goal, Ravi should start holding “Consultative Meetings” with them.
Why has the Government of India not attempted to take the advantage of the positive development taking place among the various NNPGs? It was in December last year that six NNPGs – GPRN/NSCN, FGN, NNC Parent Body, NPGN/NNC (NA), NSCN (R) and NNC/GDRN (NA) – came together and formed a “Working Group.” They also unanimously adopted a resolution that said, “On our own volition, we have agreed to come together in the interest of the Naga people as a whole and form an interim platform by the name ‘Working Group’. Under this interim umbrella, the like-minded NNPGs shall chalk out the roadmap towards fulfillment of Naga political aspiration.”
Fighting failure is different from making a failure. In our present situation, we all are making failures, not fighting failures, and indulging in playing the blames game for the failures. It is like a lair is lecturing and believers are listening.
Time has come for the government of India to sincerely come forward to resolve the issue once and for all. Otherwise, it will be nothing wrong to say that Modi is preparing for walking on the man-made “Elusive Peace” and not for a “Solution.”
Ravi should make it very clear the stand of the Government of India towards the Naga peace process. He should tell the Naga people the hurdles and difficulties the Government faces while finding a solution to the Naga issue.
If he fails to address the core issue and tries to resolve the Naga issue, it will be another “16-Point Agreement.”