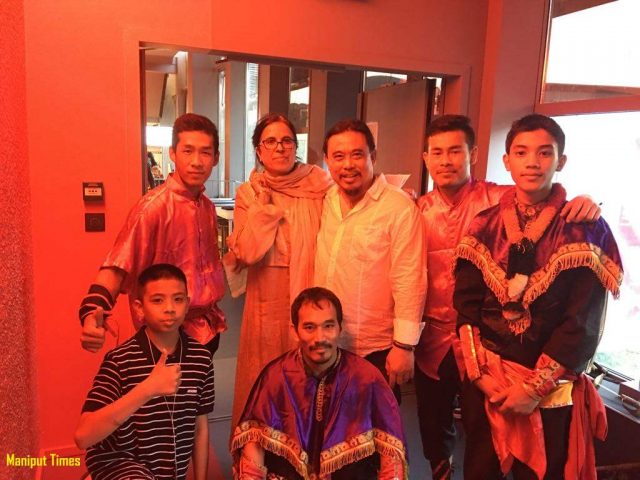 Radha Binod Sharma, a native of Manipur but was brought up in Tripura as the family had to move for personal reasons. His mother Kunjabati Devi was a very well established and acclaimed classical and Manipuri folk performance dancer and musician from 1945 onwards. Her Guru was Guru Maisnam Amubi Singh. She inspired Radha Binod Sharma from an early age to commit to his artistic interests. He have worked passionately as an artist and managed to establish himself as a full time artist and curator. He continues to work today with passion and presence.

He received my tertiary education in Fine Arts (Painting) 1984 to 1989 from the Kala Bhawana, Visva-Bharati University, Santiniketan and 1989 to 1991 Faculty of Fine Arts in Creative Painting, M S University, Vadadora in 1991-1994 awarded a scholarship by the Kanoria Centre for arts Ahmedabad to research his work. During that time 1992 he was also awarded a scholarship from a Canadian organisation called the Elizabeth Green shield Awards with 10000 Canadian Dollar. In 1994-95 he was given two awards, namely Charles Wells Award and The Delfina Fellowship. The latter was a prestigious award and first time appointed to an Indian.
From 1984 he has conducted numerous solo and group exhibitions, curated and many art camps until the present.

Since 1998, he has settled in London and worked as an artist and set up my organisation called IMA Foundation (website imafoundation.com). His focuses in setting up IMA Foundation were not only to promote talented Indian artists internationally but also to represent endangered art-forms of India and seek to protect them from extinction. This has led him to be highly committed to representing Manipuri classical music and dance and central to this is the Thang-Ta tradition as he thinks it is outstanding but also an endangered art form due to the brutal way it was repressed during the British colonial period 1891 to 1947. He is also keen to research the details and significance of one of our key martial instruments called the Arambai which is now absent from our state. Only one original instrument exists and it is housed in the Museum in Oxford in UK, England. It is imperative that our cultural heritage is understood and resurrected for future generations to understand and appreciate.
His commitment to safeguarding endangered arts of India remains of paramount concern to him. He believes that we all need to make a concerted and collective effort to protect the art-forms which are the backbone of our culture and represent in a powerful way our traditions and heritage.

UNESCO approached him and the Director of IMA Foundation Rani Sharma to curate a programme which showcases the best of Indian talent for World Humanities Conference 2017, an international event in the heart of Liège, Belgium. They decided to represent both contemporary and endangered art-forms. The programme had three features, namely a talk and video on ANUBHAV, a meditative experience for the participants and a Thang-Ta performance to highlight the importance of safeguarding the endangered arts of the North-east.

Thang-Ta at World Humanities Conference 2017
1 of 6

As a talent promoter he scouted for exemplar exponents of the art form. The team chosen was selected for their high level of commitment and excellence in their Thang-Ta skills.