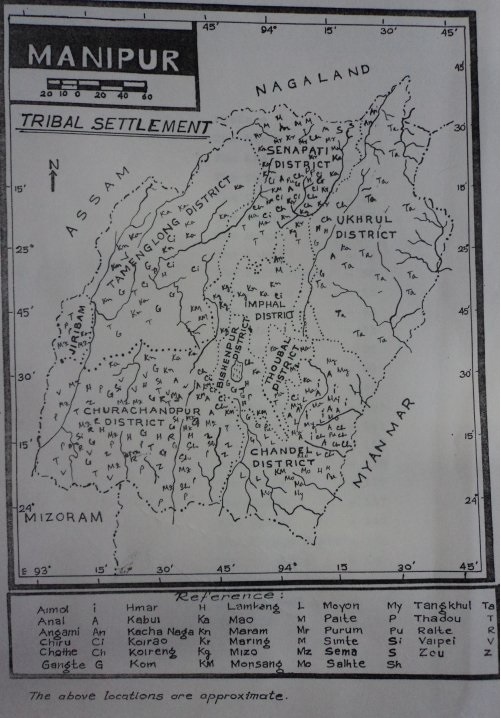 => Manipur is situated in the northeastern frontier of India bordering Myanmar. The state covers a maximum area of land surface measuring 22,356 sq. km. The area stretches between longitude 93.2° East and 94.47° East, and between latitudes 23.50° North and 24.41° North.

=>Manipur is homeland for many groups of people having diverse culture. Around two-thirds of the total land surface of Manipur is hill areas. These hill areas are inhabited by 33 specified tribes for the purpose of the Constitution of India as the Scheduled Tribes of Manipur. The Northern part of the state is populated by the Nagas whereas the Southern part of the state is populated by people originated from the Chin State, the erswhile Chin Hills and different areas of Myanmar. The Meitei, the Meitei Pangal (Manipuri Muslim) and the Scheduled Castes population represent the valley population of the state.

=>Manipur has a rich cultural heritage in the field of ethnological objects and finds expression in the varied antique ethnological objects found here. The tribes of Manipur are distinct from one another in several ways, have a sense of artistic touch in so many ways and the tribal folk art today has a place of its own as an important aspect of the state’s material and cultural heritage. 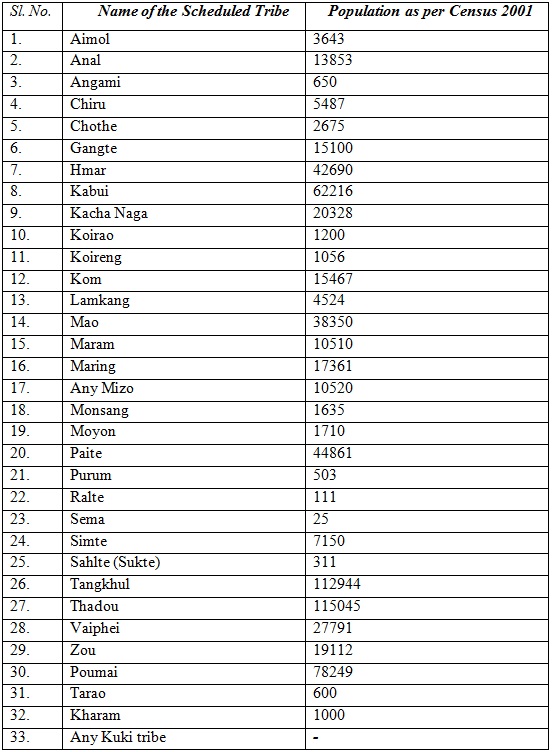 [Acknowledgement: The above facts and figures along with the graphical representations on the scheduled tribes of Manipur have been made available by the Librarian of Tribal Research Institute (TRI), Imphal.]