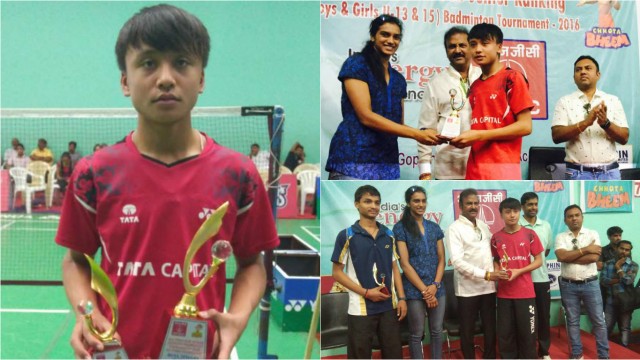 Maisnam Meiraba Luwang becomes a champion of Under-15 boys single category and runner-up of Under-15 double category at ONGC All India Sub-Junior Badminton Tournament 2016 conducted under Badminton Authority of India. The tournament was organized from 25th to 31st January 2016 by Pullela Gopichand Badminton Academy (PGBA), Hydrabad, Talegana.