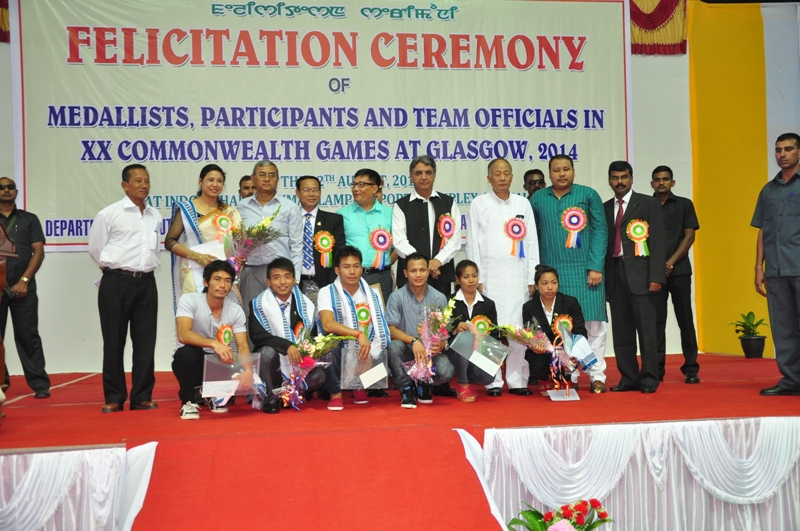 Speaking to the gathering, Governor VK Duggal applauded the players for bringing laurels to Manipur while making the entire Indian nation proud with their fantastic achievements.

Stating that Manipur has been relentlessly doing very well in sports after attainment of statehood and with the formation of various sports associations in the state, he expressed his desire on strengthening club movement so as to make Manipuri players’ contribution and achievement a second to none.

“The cash awards come right from the feelings in our hearts and with all our blessings. It may not be fair to compare the awards among different states as some other states do not give such cash awards and it also depends on the capacity of the states. But all our support is with you fully and totally. All atheletes and sports lovers will know that in some respects is going to offer even bigger challenge and the urcompetition is going to be tougher.  Our athletes will excel  there  also through their hard work dedication and importantly the desire to win,” said Governor.