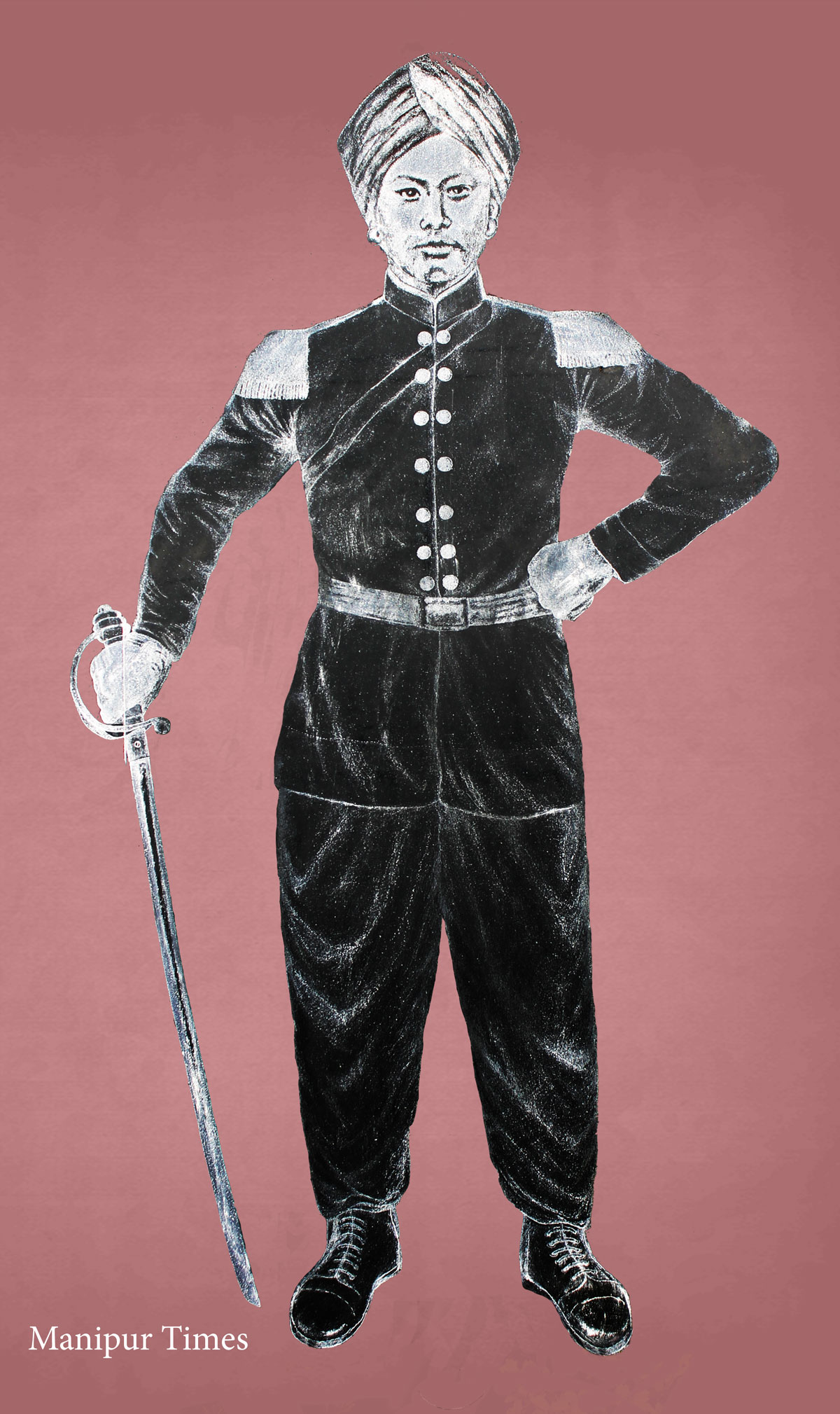 Born on December 29, 1856 son of Chanu Kousheshwari Devi, Tikendrajit Singh was brought up in the classical Asiatic traditions of an independent State. Blessed with a strong physique, graceful royal temperament and princely dignity, he was highly proficient in warlike games, martial arts, polo (Sagol Kangjei) and other indigenous sports. Tikendrajit Singh exhibited sound qualities of leadership and was notable for his intense patriotism coupled with his love for Manipur’s freedom and dignity.

Yubaraj Bir Tikendrajit Singh raised the banner of resistance against imperialism when the British Empire attempted to aggressively incorporate independent states in the eastern Himalayan region. Manipur fought valiantly against the British imperial forces. Manipur’s citizens / soldiers gave a sterling demonstration of courage and sacrifice in all the engagements against the British Empire. However, the British who had invaded Manipur from three sides, defeated the native army in April, 1891.

A hero of magnificent proportions, deeply popular with the masses, Yubaraj Bir Tikendrajit Singh was an exemplary patriot who lived and died for the dignity and independence of Manipur and its people.

Courtesy: Words are found imprinted on the memorial stone at Heecham Yaicham Pat.