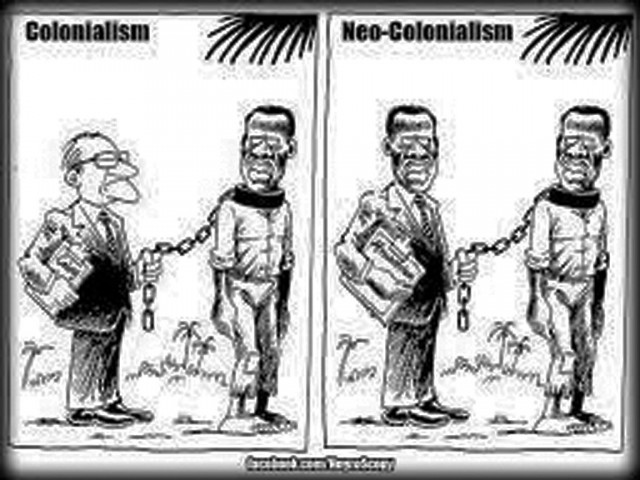 While everyone is cheering and merry making about the recent results of civil something exam, the “success” of eight enlighten souls from Manipur this year; this girl has a little something contradictory to offer. I just wonder how it must be during the colonial days in India when an Indian gets induced into the civil service. Always leave me thinking if it must be as prestigious as it claims to be now. Celebrations in Manipur go on like a God has descended from heaven to bless everyone in the land. Well, very sorry to tell you that you are worshipping the devil, the manifestation of the causes of your own miseries.

Like in all stories where the devil comes with the lust for power and wealth, so does this devil. The chair of the civil servant comes with the best that the colonial legacy can offer: power to govern or rather to rule a district, a department; the command of the police and administration, the ability to control revenues or accumulate it and all the remnant power of a colonial sovereign you can think of. But the question is, why is everyone acting up like these civil servants like they are going to cure some incurable disease? Have they come with a cure for AIDS or to free the life of millions from an inevitable death? Perhaps, a cure for cancer!

Or perhaps they have got the key to curing all floods and famine? May be they can eradicate poverty and hunger? No no no! None at all.

Well let’s start with, why the rituals? Why is there the cult worship of somebody who is going to be given “a chair with a colonial ghost sitting on it”? Simply because, everyone wants to be associated with power and those that can wield it. This is a clear manifestation of a subjugated mass that constantly seek to hide under the umbrella of power where bullets and bombs rain cats and dogs. Those that take part in this ritual of throwing garlands and worshipping those that has made the status of “high lords” are trying to get a piece of their aura or may be their halo.

It is as I see it a way of building social capital, connections as one may simply put it. It is really the start of nepotism. So a distant uncle, some relative, someone from the locality, some organization comes to bask in the glory with the high lords. Being associated with so and so high lord now turns them into more credible people with better connection with state power, hence making them less susceptible to the raining bullets and easy way through things around. So, the need to say my uncle’s best friend’s daughter’s husband is one of the “high lords”. So when you get frisked by a man in green, you can mention their name or ring up their number if things don’t go well. Or when you look for a contract for construction, seek for employment, beat up a goon; this connection is certainly helpful. It’s always a plus pointer to know the managers of the state, especially when the state is as powerful as it is in our lives

Now what I am really interested is in the way the middle class ideologies in the little place called Manipur has been highly successful in producing these high lords. I mean eight out of about a thousand is a very high number compared to the tiny population it has. Max Weber, the well known German thinker associated the rise of modern day capitalism with the birth of Protestant Ethics in his studies. Economic success was regarded as a sign of the calling, a sign that you would go to heaven; it was a sign of being blessed. Therefore, to work harder for economic success and invest what you earn, do not sit idle was the ethics in a brief summary. However, capitalism was able to appropriate this ethics as it coincided with the logic of capital accumulation and expansion. Therefore capitalism had at its disposal, the religious force.

This ethics ensures that their privilege position against the toiling masses is preserved. But this middle class ethic is haunting the lower rungs as well. As those under them, try to emulate by taking up middle class aspirations and dreams. Since the middle class are the ones directly in contact with the toiling masses, and their material comforts do seem alluring, their ideologies or ethics, whatever you may call it exerts great pressure on the toiling masses. So, a peon seeks to follow the footsteps of their “offisar babus” and make their sons/ daughters like them, aspire for their position through their children, imitate what these “offisars” plan for their children. So does a peasant, a rickshaw driver, a vegetable seller, they all want a piece of the pie.

IAS colony where guys hide their bald heads in shame and as for girls we are not fortunate enough to wait till our heads are bald or skins wrinkle. We are shipped off to another family when the number “thirty” rings on our age.

But what let us get back to the high lords and their colonial chairs. Let’s establish some facts here. So, in the spirit and the race to become the high lords many scientists are killed, philosophers are obliterated and critical thinkers face oblivion. Most of the time their parents are the killers while at other times they commit suicide. How? One may ask.

Someone who can go on to become a scientist at NASA finishes their potential by shuffling some paperwork at some lousy old fart filled office filled with obsessed clerks fattened from the offerings of people, putting on inaccurate zeros wherever possible. A deep thinker is mocked until his philosophy has any use for the exams of the high lords.

Critical thinking is a very dangerous game and not one which the state is willing to play, so I’ll be damned if thoughts of Frankfurt school or critical theories of Post modernism will have place in the thoughts of our high lords.

In another word the middle class seeks to occupy managerial positions in the state. The toiling masses seek to emulate themselves by seeking power though the means the middle class seek. They look to them as mentors. And this is their biggest blunder. The state does not organize absolute power for its managers, especially colonial states. The state cannot risk an overthrow since the middle class has a potential to overthrow it with much resources at their disposal. So it is a distant dream for the masses to grasp power through the middle class ethics because it does not have the resource just the numbers and numbers do not mean much when they are in competition among themselves to emulate to middle class following their ethics. When they do emulate to the middle class they loose their number, their material deficiencies and sufferings. This is how I believe the ideological and material circulation of the state works.

Maybe we hear a few stories of a rickshaw driver’s son becoming a high lord, a peasant’s son for one. What about the 998 out of the 1000, if you look up, most of their economic belongings says middle class; maybe I might be accused as putting down my assumption but I urge the readers to do the research on that. The high lords are not placed on their chairs to end our sufferings, end poverty or eradicate diseases.

They are guided by the colonial ghost that works on the logic of master servant relation. Their only accurate function was to strengthen the colonial state. They were the most effective means to centralizing power by the state.

As for the present situations, I will let the readers judge the nature of the state and the role of the civil servants. By state I do mean the organized form of authority, hierarchy, domination and power, not the territorial divisions of states. Colonization was in all is essence deeply patriarchal, it seeks to subdue its subjects as a patriarch subdues women. Therefore even if a woman becomes a civil servant, she becomes a high lord not a lady. Her biology says woman, her political anatomy spells “PATRIARCH”.

As for the rituals of garland throwing and merry making in these few days, it is a symptom of oppressed mentalities seeking to emulate themselves by extending its relation to the managers of the state. The middle class ethics of becoming a high lord is dictated by the colonial ghost that sits on their chairs.

Will it ever stop the reign of the men in green and the rain of bullets and bombs? No! Will our enlightened lords cure the mentally retarded parents of Manipur that thinks their children would lying in a field shot by men in green if they do not return by 10 pm? No! Well certainly I do not think the high lords are messiahs but rather they are the one who pulls out a pen to put a signature for the systematic violence of the people. They are the embodiment of the colonial legacy.

(The writer is a nobody; just one among few thousand voices that thinks that cult worship of any colonial legacy is plain disgusting)