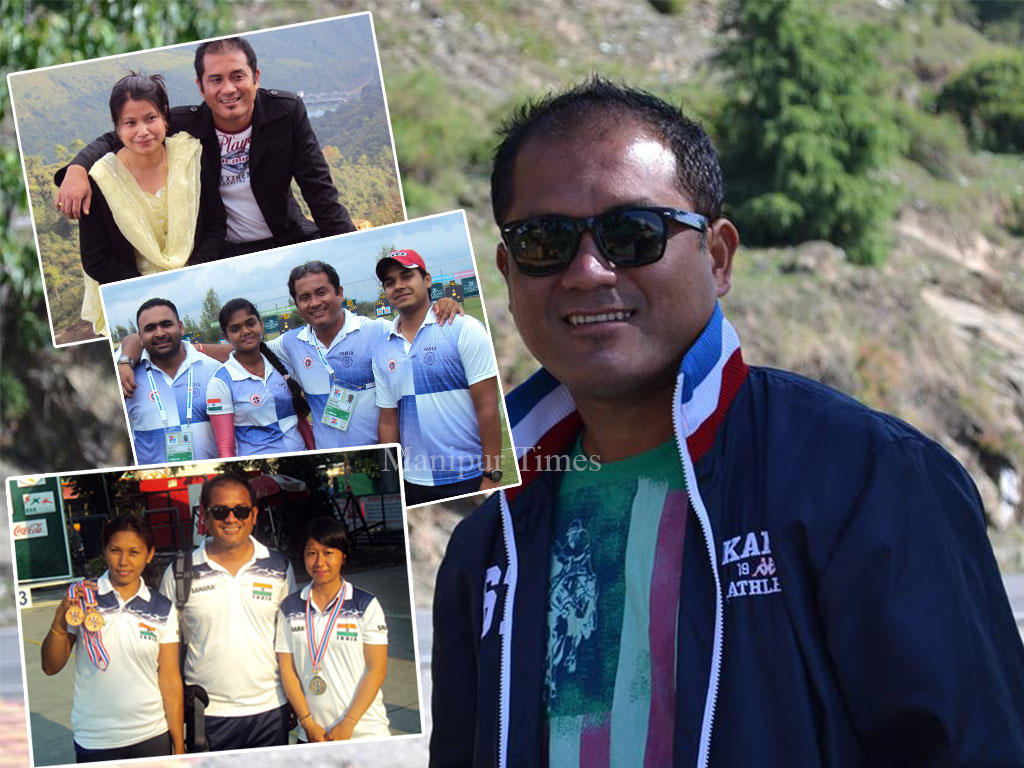 Games and sports run in every Manipuri’s vein by birth. Waribam Ranjan was also born in a family of sportsmen. He was a renowned player and is now a Coach. Ranjan was born to Waribam Ibomcha, once a football and hockey player who has now retired from Manipur Rifles. His mother is homemaker and his uncle namely w sushil kumar has retired from Manipur Sports Department and is now working at National Sports Academy, Manipur. His father’s elder brother Late W Kamini kumar worked at SAI as football coach. Since childhood he played hockey for Lairik Yengbam Leikai, a locality well known for the sport in Manipur. Ranjan is presently serving as Coach in Archery in Army Sports Institute, Pune. He is a father of a lovely daughter Luciana, 2 years old and his wife, Roma Akoijam, Diploma holder in Table Tennis, is Physical Education Teacher at JNV Mawphlang, East Khasi Hills, Shillong.

Speaking to MT, Ranjan said that none of his cousin brothers or sisters turned up to be a sportsperson. Till 1992, he played hockey where he played at National Level Hockey tournament in sub-junior category at Delhi. Life was exciting and at that precise moment his uncle Konsam Budhajit singh, a businessman who stays at Kohima, told him about Army Boys Sports Company, the most successful scheme of SAI. He went to Nagaland  gave a trial on football as there was no room for hockey. Football, Boxing and Archery were the only events introduced at that time. After receiving the call letter, he went to Shillong and was there for almost 5 months. There were 29 players in the first batch and he was the only Manipuri player. By the next year in 1993, O.C. of Army Boys Sports Company convinced few of them to play archery as the event was quite a new and there were no players involved in that event.

In 2010, Ranjan was enrolled in a Diploma in Sports, a degree to become Coach of Sports, in National Institute of Sports (NIS) in Kolkata. There are three branches of the Institute, Patiala is the Head Quarter and other two are at Bangalore and Kolkata. He still remembers the triumphant moment when he turned out to be the topper in the diploma exam of 2010-11 batch. Since 2011, he has been giving coaching Junior and Senior teams. He has been guiding the players in several National level Sub-junior, Junior and Senior Archery Championship as well as the All India Inter SAI Archery Tournament and Sahara Senior National Archery Championship. Many of his players won Gold, Silver and Bronze Medal in several category and Team Gold, Team Silver and Team bronze medals too.

Beyond the nation, he got credited in international level as Coach of Indian team like the 1st Asian Grand Prix Archery held at Bangkok in March 2013, in which his players won Individual Gold Medal and Team gold Medal. In the same year, in the month of August, he along with his players went to Poland to participate in 4th Stage World Cup Archery. In September 2013, his team stood 4th position in mixed category in 47th World Archery Championship held at Turkey. Again in 1st Asian Grand Prix Archery held at Bangkok recently in March 2014, his players won Individual Silver Medal, Individual Bronze Medal, Mixed Team Goal Medal and Team Silver Medal. In the Asian Grand Prix, almost all the Asian countries were there except Korea and beyond Asia, participants from European countries and Russia were also fight for the Medals.He was also the coach of Indian team in the Archery world cup stage 3 which held at Shanghai,China from 22nd to 27th April 2014.

Challenging of being trainer 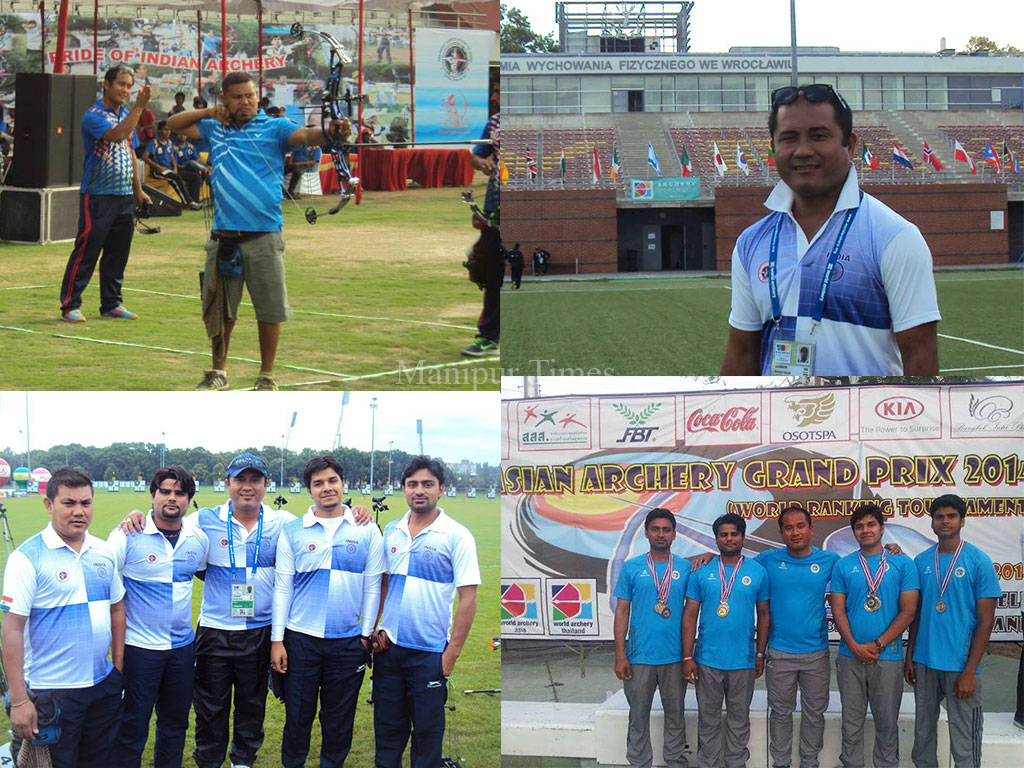 As a trainer Ranjan says that archery players need physical strength like other players of outdoor games. Coach need to grasp the mental knowledge and reflex actions of players. New players in this event are trained without the bow and arrow for 6-7 months like drawing rubber to flex the muscles. A boy or a girl can be trained in this event as young as 7 years old and bows of different weight are available suit to the weight or age of the player. Training includes running 2-3 km daily, going to gym to gain muscle strength, yoga and mind concentration etc. The most challenging part as a coach during training is to understand players’ mental state. According to different environmental factors the archer have to aim his arrow to the Bull’s eye. To overcome all these factors, coaches have to have deep knowledge in it. Ranjan further added that to attend a championship the players are trained for 4-5 months in a training camp and according to their performance they are separated as A-team or B-team. They let A-team to fight at international level where sharp shooters are competing.

Ranjan wishes to set up a training centre of archery after retirement from work but he is looking for support. And apart from archery he is the ambassador of BoscoNet, a non-profit organization that helps the needy children and orphans in several states including Manipur. This organization was established by Father M C George Menamparampil who worked as Principal in two Don Bosco Schools in Manipur. The Carmel Jyoti at Mantripukhri, Imphal is one of the orphan centre supported by BoscoNet. Manipuri archery player Laishram Bombayla is also BoscoNet Ambassador.