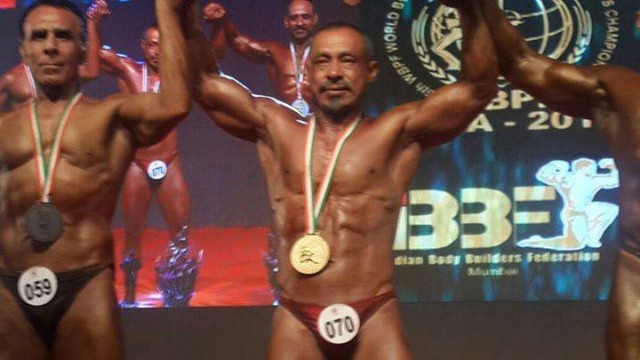 “I was very happy when I including our medalists was received warmly for winning world championship title and i hoped that some help would be extended to me and our medalists, but no”.

“I was very happy when my students, well wishers, friends and local persons provided some help. Their small amounts of financial help were so much valuable to me. I sincerely thank them all.”

“What is fame? I have earned so much fame. I have served Manipur and India in the field of games and sports. I am the first Indian bodybuilder to earn a world title in mater’s category. Now i can no longer continue for competition.”

“Due to financial constraints, i could not go for Asian championship which I firmly believe could have won. I played different games. But due to poverty, my venture in sports has been sporadic, yet I continued anyhow, because I like playing so much. But unfortunately, even after getting a world title with much dedication and hard work, not a single help was provided.”

In the news earlier at Indianbodybuilding.co.in/

India wins its first medal at 6th World Bodybuilding and Physique Sports Championship 2014 (WBPF Championship 2014) which is being held in Mumbai. Yendrembam Nando Luwang has won Gold medal for India in the above 60 years (Master) category.