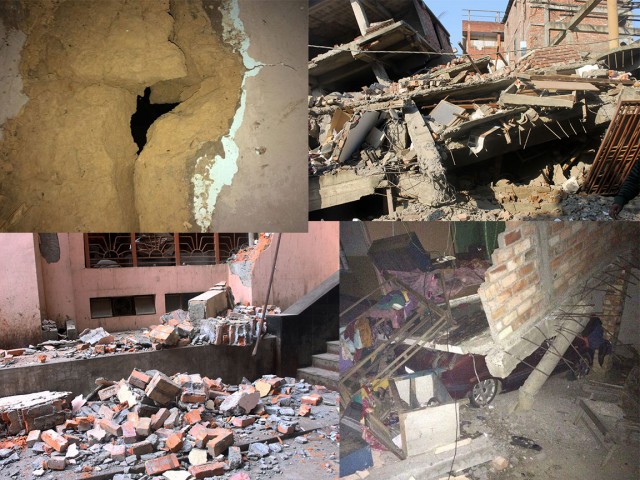 Is Imphal Earthquake a bolt from the blue?

I would say that we all knew or were jinxed that a big earthquake would one day hit Manipur! A scientist at the National Geophysical Research Institute (NGRI), Jorhat once told me – Not a single day passes without an earthquake in Manipur. Readers; for your information – it is true! Earthquakes relentlessly strike Manipur everyday. We feel only the strong ones.

Imphal City is just 29 km from the epicentre as the crow flies. Fortunately, very few people were killed, a little more than a hundred injured and a few buildings collapsed.

Could the Imphal earthquake have been more disastrous? You never know. But, we need to ask.

I personally witnessed an exactly identical earthquake 20 years ago on January 17, 1995 in Japan – the famous Kobe Earthquake; 6.8 scale, hypocentre at 17 km, epicentre 20 km away from the worst hit Kobe City. I was thrown out of bed but not killed because I was a little farther away in another city.

Both these earthquakes of identical features struck their cities at the wee hours of the night (Kobe 5.46 am; Imphal 4.35 am) when most people were still asleep.

But, the Kobe earthquake killed 6500 people, pulled down hundreds of tall buildings and flyovers, flattened thousands of traditional tile-roofed houses and it sent bullet trains off their tracks. The damaged monetarily cost Japan 100 billion dollars.

How was Kobe earthquake much more disastrous? How couldn’t Japan, a much more earthquake-aware and technologically advanced country stop it or at least reduce the damage?

The answer is that a myriad factors determine the severity of the impact of an earthquake. Some of those factors are beyond human control (the geologic factors) while some (like building codes, drills etc.) still can be managed to reduce impact. Since earthquakes are frequent in Japan it is quite possible that smaller scale earthquakes of some casualties became a way of life for Japanese and they even became careless about controlling some of the controllable factors during the relatively calmer decades after the Fukui City Earthquake of 1948 that killed about 4000 people. The heavy ceramic roof tiles on weak wooden frames of traditional Japanese homes were blamed as killers during Kobe earthquake of 1995. How come the Japanese did not know about this problem before Kobe? The Japanese learned a new lesson and reviewed their Earthquake Disaster Management Protocols after Kobe.

What can the Manipuris do? How prepared are we to face another major earthquake?

When I checked in on the 6th floor of the brand new solid building 20 days before Kobe earthquake, I saw wall-mounted instructions in the hallway about what to do in case of an earthquake. One of the instructions was to take refuge under a table in the room. When the rocking woke me up when the earthquake struck in the wee hours on January 17, 1995, I found myself under the table in my bedroom. I could not figure out how I landed there from my bed still asleep. I believe, the hallway instructions etched on my subconscious mind worked in my sleep.

This anecdote tells us how awareness helps at times of crises like earthquakes that visit us unannounced.

We can surmise a much more casualty and chaos had the Imphal earthquake struck not during the sleep time but during daytime when people are out at work and vehicles are on the road.

We have plenty of national and state disaster management authorities and their written protocols. But, when the disaster strikes, there is no time to open and consult a manual or ask others for help. Each victim has to react instinctively based on the Dos and Don’ts information etched on his brain by systematic awareness education.

Manipur falls in one of the world’s most earthquake prone areas. We know this. Then, let every person know about what to do about it through general education at primary. Secondary and post-secondary levels. Some sporadic episodes of awareness lectures by disaster management people may not be enough.

When the newly constructed Ima Keithel suffered extensive damage this time, somebody wrote,

“Buildings constructed by government engineers fell while those constructed my non-engineers (my mom [sic]) survived”.

We need strict enforcement of building codes both for RCC buildings and traditional wooden CGI sheet roofed homes as well.

Let’s act proactively. What if earthquakes will strike again!