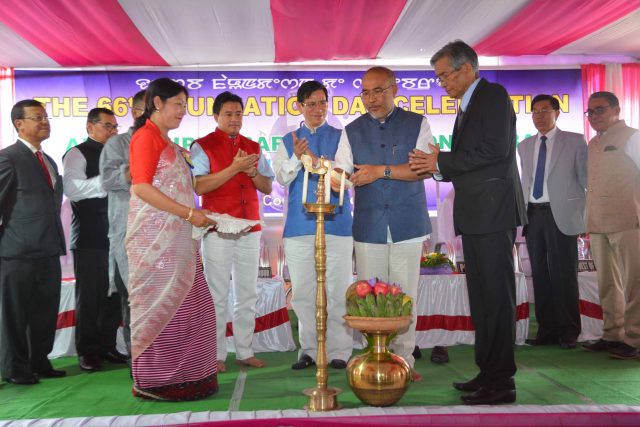 Imphal, September 15, 2017 (DIPR): Chief Minister Shri N. Biren Singh said that the new government is working tirelessly towards building human relationship in bringing emotional integration of all communities and deliver good governance with human touch in the State. This was stated by him at the celebration of 66th Foundation Day of the All Manipur Bar Association (AMBA) held at Lamphel Court Complex, Imphal today.

On the occasion, Chief Minister praised the All Manipur Bar Association (AMBA) for organising legal awareness programmes and sensitisation of legal provisions towards creating law abiding people of the State.