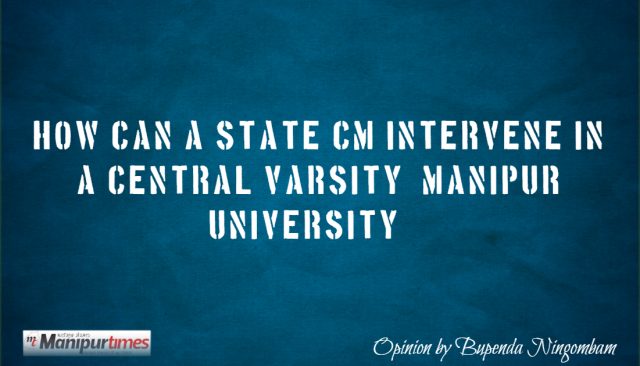 What is decided by Academic Council or Executive Council or finally accepted by Vice Chancellor of a central university could be discussed further, as any academia flourishes through debates and exchange of ideas. But, any act of violence or a forceful coercion of ideas that a particular notion must be accepted is not only detrimental to the health of any academia but it also reflects the silence of Union Human Resources Development Ministry, in this regard.

The writer is Ningombam Bupenda Meitei.