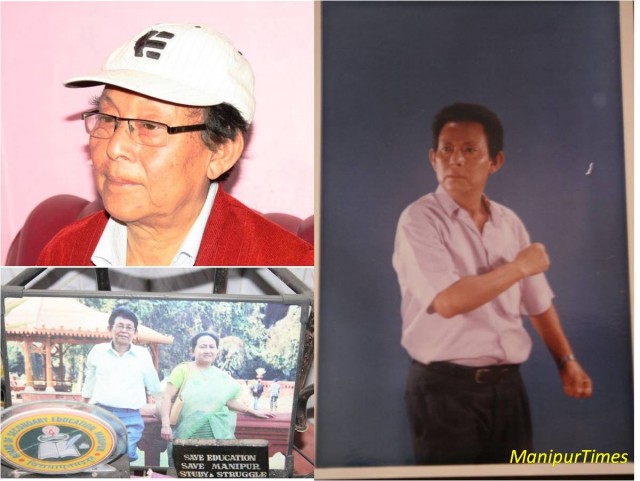 Comedians occupy a vital role in films or plays. They make the audience laugh through amusement and most often work by exaggerating characteristics for humorous effect. Manipur is a land of art where many great comedians who tickled the fancy of much audience were born. Manipuri people cannot forget the flavor of Ipom, a peculiar Manipuri comedy art which made the audience laugh for years.  With the popular comedy play Ipom vanished after death of  famous comedians like Chaoba, Tombi, Babu etc., comes Nokphade, another genre of comedy series to cater to the ever increasing demand for comedy drama, with new faces of comedians like  Huirem Manglem, Joseph, Rangilal, Kuber, Happy Rajen and Surmangol etc. to uphold the legacy of Manipuri comedy art.

70 years old Huirem Manglem is a noted veteran and multifaceted comedian with artistic talents a person could possibly imagine who have won high accolades from the people for his funny acting in films, dramas and Shumang Leelas.  He is still popularly known as “Ta Tomal”, a role from one of his Celluloid films “Lamja Parsuram” wherein he appeared as a comedian. People still admire Manglem for his comedian role in dramas, films and Shumang Leela plays.

Born on August 1946, Mangem is the only son born to late Huirem Tonsingh and Huirem ongbi Purnimashi Devi of Sagolband Meino Leirak. Manglem was highly motivated to be an artiste by Loitam Yaima, a Moirang Parva artiste, who happened to be his neighbor. Besides, he inherited the artistic talent from his father, a painter by profession.

Manglem married with Khomdonleima and is now a father of two sons and two daughters. He is the father of Huirem Bishesh, a noted Shumang Leela Artiste acting female role. “You can even count I have three daughters and one son”, Manglem kidded.

His eldest son has completed Master of Tourism degree while Bishesh completed graduation in Fashion designing. One of his daughters is working in a Bangalore based company.

Manglem passed his graduation from Imphal College. During his school days, he participated in many competitions of debate, recitation and dramas etc. He said that always managed to make the audience laugh while taking part in such competitions. Once his acting in a drama competition in his college caught the eyes of noted Manipuri satirical writer GC Tongbra that the latter suggested Manglem to join his Society Theatre. Manglem readily agreed to the proposal and started his career as a drama artiste under GC Tongbra’s Society Theatre since 1967.

Served as Joint secretary of BSEM

Manglem joined the government service in 1972 and retired as joint secretary of Board of Secondary Education Manipur in 2012. He said that it was hard for him to act in dramas, films amidst his busy office schedule; however, he coped with every odd to fulfill his passion for art.

Retirement from the service did not stop the acting career of Manglem. He started acting on the stage of Shumang Leela as an artiste of Sangai Artiste Association which urged him to join the party. Being the artiste of the Leela party, he acted in Shumang Leela plays including Mou Ama Mangkhre, Koklaroidaba Pifam, Maibado Maibido, Sanaleibakki Sanatombi, Khongphamsimadi Hallaroi among others. He also acted for Naharol Khongthang Artiste Association. 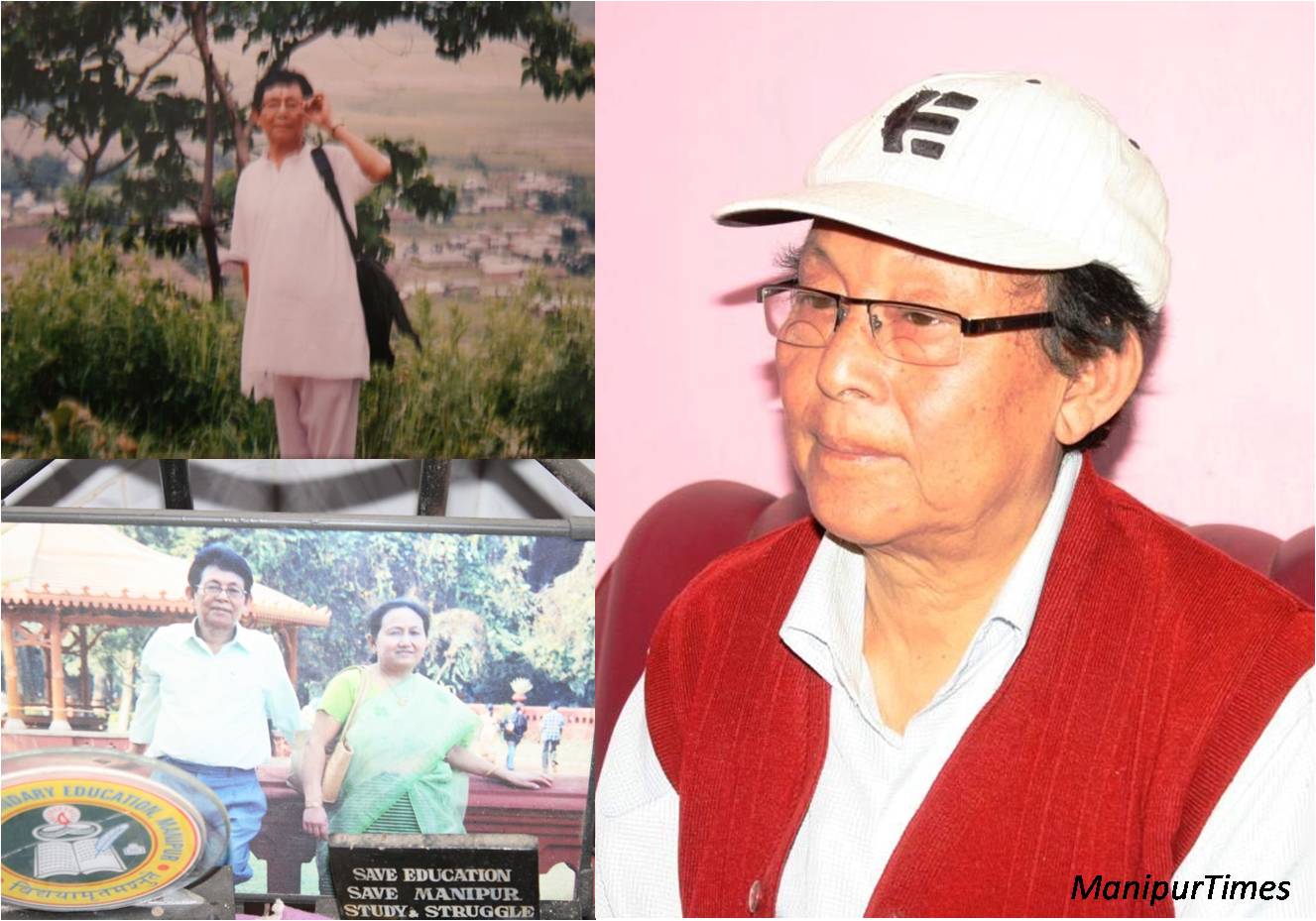 Despite his passion to continue his acting career, Manglem was compelled to leave Shumang Leela art due to his elderly age and physical weakness. During peak season, a Shumang Leela party receives many show invitations from the people and has to move from place to place to stage play till late night. However, it was hard for him to perform three four Shumang Leela shows in a single day.

Showing credibility in the art, Assam Manipuri Sahitya Parishad once conferred him with the title Mehamoor of Manipur.