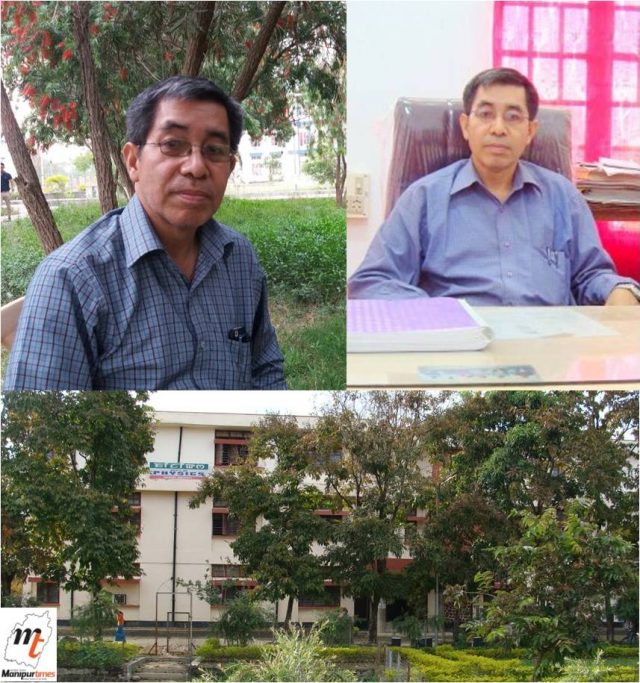 Passion was one great force that guided Prof Shougaijam Dorendrajit Singh to choose learning Physics over Engineering. He cracked PET but opted to complete Graduation in Physics Honours.His passion for learning Physics unleashed creativity throughout his student and professional life. And that creativity has made him so eminent in the subject in Manipur. Although he did Physics Honours, he loved Mathematics as well. The two subjects are still his heart and soul.

Soon after he completed his MSc (Physics) from Banaras Hindu University (BHU) in 1980, he joined Manipur College as a Lecturer of the subject the same year. Later, he taught the subject at Government Polytechnic, Takyel from 1981 to January 8, 1985. On January 9, 1985, Dorendrajit joined Manipur University as an Assistant Professor. He was elevated to Associate Professor on January 9, 1993 and Professor on January 1, 2004.

Born to Shougaijam Chaoba Singh and Shougaijam (O) Champa Devi on October 1, 1958 at Kakching Khunyai Leikai, Prof Dorendrajit grew up as a brilliant student. He secured first class in all the examinations right from school tests to Master’s degree examination.

He passed his Matriculation from Kakching High School under Board of Secondary Education Manipur in 1974.

Since childhood, he was so interested to solve in Mathematical problems as well.
“Sometimes I kept on studying Mathematics although I was doing Physics Honours. At such instances, I had to hide Mathematics books from myself to study Physics and other subjects. I secured better marks in Mathematics than Physics. But it did not mean that I was less interested in Physics”, Prof Dorendrajit told MT with a smile.

He passed PU (Science) from DM College, Imphal under Gauhati University in 1976. Later, he studied BSc (Physics Honours) at DM College and MSc (Physics) at Banaras Hindu University. He received PhD in 1994 from Physics Department of Manipur University.

His Take on Tuition

“I also took Physics tuition for two months in Class XII. But I did not attend any tuition after that”, Prof Dorendrajit said.

Regarding the tuition culture prevailing in Manipur, Prof Dorendrajit said, “I don’t mean to say that tuition must be completely avoided. To some extent, tuition is required to clear doubts. A student would automatically lose his/her creativity if he/she depends only on tuition although he/she scores good marks in the examination. Nurturing a child’s creativity is necessary if the parents wish their child become a Scientist in future.”

He is the Life Member of Luminescence Society of India and Material Research Society of India.
Prof Dorendrajit has published 45 papers so far, awarded seven PhD degrees and submitted one thesis.

Prof Dorendrajit tied nuptial knot with Wangkheirakpam Gunamanjuri in 1989. The couple has two sons and one daughter. His first son and second daughter are Engineers while his youngest son is still in the school.

Prof Dorendrajit has been associating with Inspire camps organised by Manipur University since the past many years. His role in the camp was Physics teaching in the beginning. However, he gave career counselling to the students in the past few years.
He said that expert faculties from different research institutes like Indian Institute of Science, Bengaluru, SN Bose National Centre for Basic Sciences, IIT Kharagpur, IIT Guwahati and different Universities who can give encouragement and inspiration are invited to give lectures.
The five-day camp is conducted in two batches having 150 meritorious students each of Class XI in August/September every year, he said.
The camp is held twice a year. The experts give basic idea on the interesting topics/areas of their respective subjects of Science to the students, Prof Dorendrajit said.
The organisers also provide career counselling to the students who aspire to learn basic Science after Class XII.

Prof Dorendrajit said that the experts also impart knowledge on the current topics on Physics, Chemistry, Mathematics, Biology, Aeronotic Engineering and Nano Science etc to the students.
They not only inspire the students to pursue basic Science learning courses but also give information about the institutes which are prominent in basic Science learning, Prof Dorendrajit said.

IITs also offer basic Science courses through JEE. As such, the experts also provide this information to get through this examination to get admission in IITs for basic Science learning apart from technical and professional courses, he said.

Prof Dorendrajit further said that the Government of India has established Institute for Scientific and Engineering Research (ISER) on the lines of IITs for basic Science learning.
Unlike conventional colleges, all the students must compulsorily taught Physics, Chemistry, Mathematics and Biology in the first two semesters of degree course as interdisciplinary knowledge is required in higher research programmes after the Master’s degree.
Even the knowledge of Geology and computer are given in their degree courses of ISER, he said.
During Inspire camps, the students are also given information about Kishore Vaigyanik Protsahan Yojana (KVPY).

The organising committee makes publicity on Manipur University website and the media apart from sending information to the principals regarding the camp, he said.