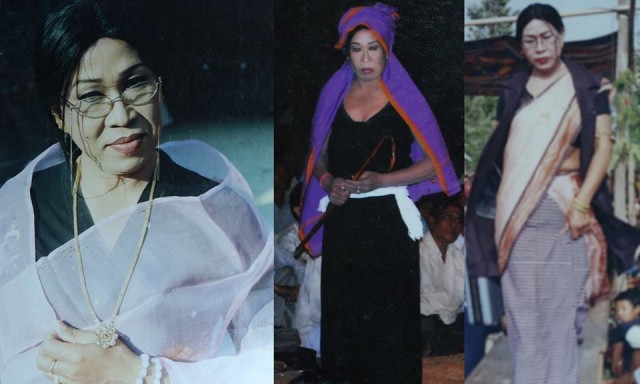 Manipur ‘Shumang Leela” (courtyard play) is an unique art form which informs, educates, persuades and motivates the people on a variety of issues apart from entertaining people. Taking the role of visual media, it highlights various social issues to the people ranging from the most learned to the most illiterate, the richest to the poorest. In Manipur context, Shumang Leela openly conveys a popular message to the state and non-state actors about what the people like or dislike. The most unique feature of Manipur Shumang Leela Art is the tradition of Nupishabi (male actors playing female roles) which is an indispensable part of Shumang Leela. It is a big question whether Shumang Leela Art would survive without the role of Nupishabi artistes sharing an indispensable part.  When we talk about the prominent Nupishabi artistes, the name of Sorokhaibam Robindro, a leading female artiste cannot be sidelined. His popular piece of dialogue “Doctor Lainiko, Doctor Lainiko” (Doctor is God) in Shumang Leela play still echoes in the ears of audience whoever have witnessed the play.

Compelled by the passion for acting in Shumang Leela play, Robundro started taking part his role in the play by stealing his sister-in-law’s Phanek from his home. When returned home after Leela shows late night, his parents rebuked him many times not to join Shumang Leela. Even his brother discouraged him with the harsh remark “Nashak Khuthiduga nupi saraga kanana Leela yengbidoino” (who will watch the play in which you ugly people taking female role). However, Robindro never felt lost heart at such words and kept taking part in many Shumang Leela plays until he could become the most prominent female artiste of today.

Robindro began his acting career in Shumang Leela play since 1979 as he acted female role in a play Thadoi of Kamakhya Sangeet Mandal. When he was in class VIII standard, he acted in one act plays in school literary meets. For the first time, he acted female role in dramas “Yumgi Mou” and Secret diamond penned by Brajamani and directed by Khongman Achoubi. During school life, Robindro participated in many competitions like debate, short plays, recitation and could bag awards. He also played volleyball.

Once Robindro bought a bicycle with the scholarship amount he received from winning championship in volleyball. The cycle was stolen. He still repents for the loss.

Born in a poor but a big family of 11 children, his farmer father could not maintain the family properly, feed his children to stomach full with his meager income. Once his brothers had to take shelter in the Mamang Shangoi of a neighbour’s when their thatched house was blown off by a storm, he recalled.

He could not attend college properly and had to walk on foot from Wahengbam Leikai to DM College as he could not afford the taxi fare. The journey of his Shumang Leela career began only when he met one Khongman Achoubi who suggested him to join the Art form.  When Robindro was returning from college, Khongman Achoubi stopped him at Wahengbam Leikai and urged him to join Shumang Leela, he said.

Robindro could win high accolades from the people for his female role in the play 21st Century Kunti series and Sanagi Nga.

The tragic moment he faced

Recalling a tragic moment he faced in his Shumang Leela journey, Robindro said, “once I along with my party was detained by JK Army after a show at Khumbong. The Army personals rudely behaved and teased me like a woman. In another fateful incident, my party which was returning home after a show at Cashar was detained by the Police at Dimapur first gate for a long time. When frisked, police detected the combat uniform, toy guns and hand cups used for Shumang Leela play. Being suspicious, they detained us for long. Later on, we were released after fully convincing them. 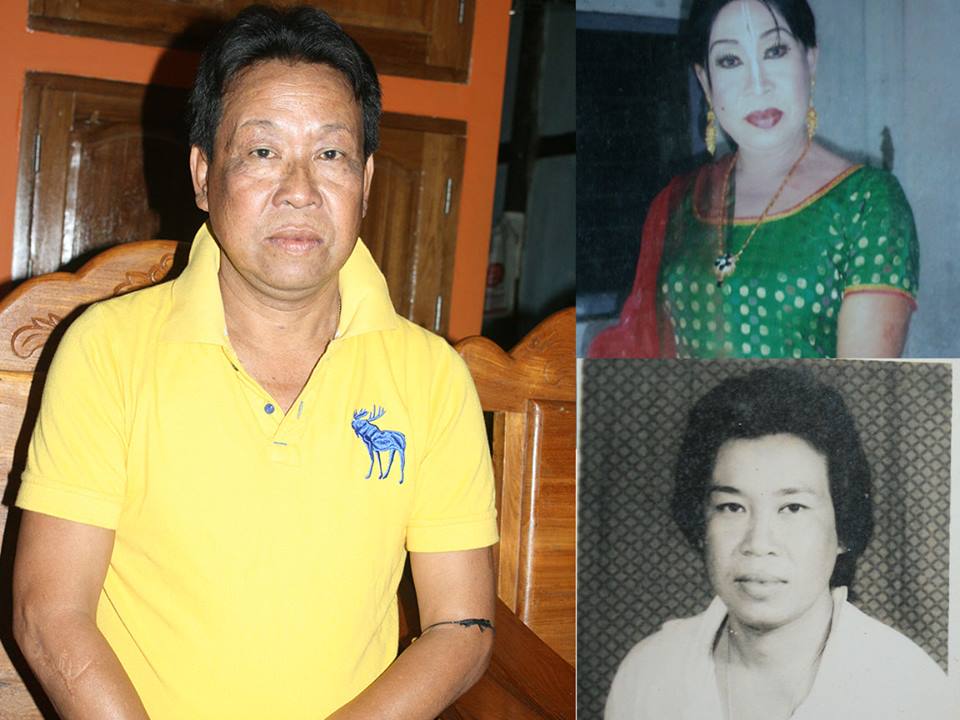 The biggest woes and hardships of Nupishabis (male artists playing women’s role), contributing a particular taste and characters is that acting career of Nupishabi artistes is very short comparing to those male artistes. They enjoy public accolades and admiration while they are young and beautiful. Their acting career ends and public demand decreases when they are old and ugly due to growing age. Though these nupishabis are able to carve out a niche for themselves on the stages of Shumang Leelas, their real lives are tales of woes and tragedies. They face a battle at every walk of their live, starting from their own families to the society. What little respect they get is among the Shumang Leela circle.

Another hardship the Nupishabi artistes are facing is that they have to be there in every show in any circumstances because nobody can take their place whereas in case of male artistes, any male artist can replace another.  And again, even though they are paid more than one lakh in a year for a season while they are young and beautiful, as they begin to grow old and their physical condition deteriorates the leela parties are reluctant to employ them anymore. But, performing 3 to 4 shows every day even at odd hours puts them at a disadvantage to maintain their body. So, the earning period of these artistes is not long. It is usually short while the male artistes can continues to work for longer periods, he said.