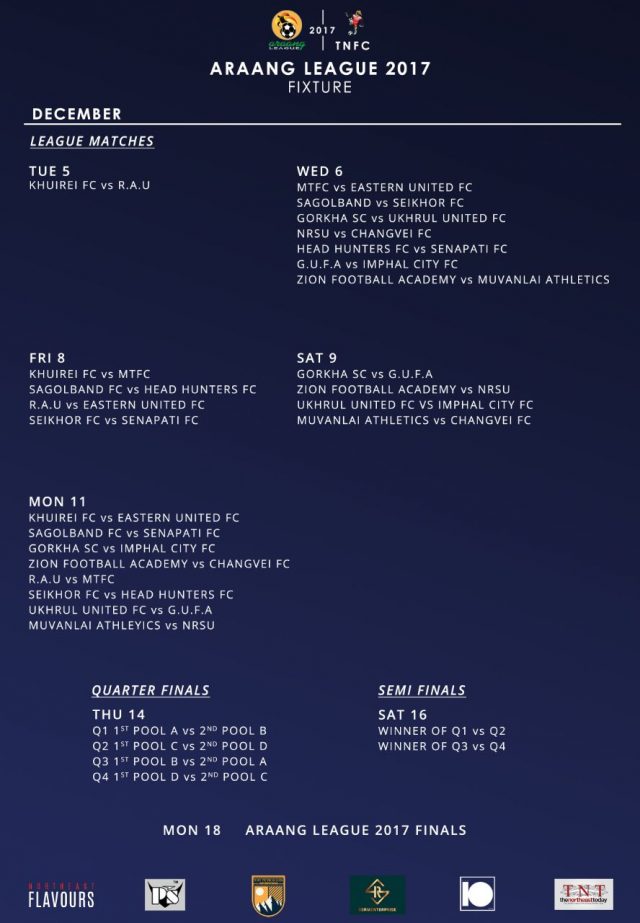 With only few days left for the most awaited sports event of the year  the “Tangkhul Naga Football Centenary(TNFC) football Tournament” which is organized by Araang League in Ukhrul, Manipur from December 5-18, 2017 in commemoration of the Tangkhul players from 22nd Manipur Labour Corps who played for the 66th unit team in Blargies, France during WWI, 1917, people of Manipur are gearing up for the centenary celebrations as well as preparing for the grand welcome  of the participants from all over India and abroad.

In this event, 16 esteemed clubs will be playing against each other to win the top prize of five lakh rupees in cash. Football fans from all over India and abroad are welcome  to be a part of this event and to feel the culture and tradition of Manipur.