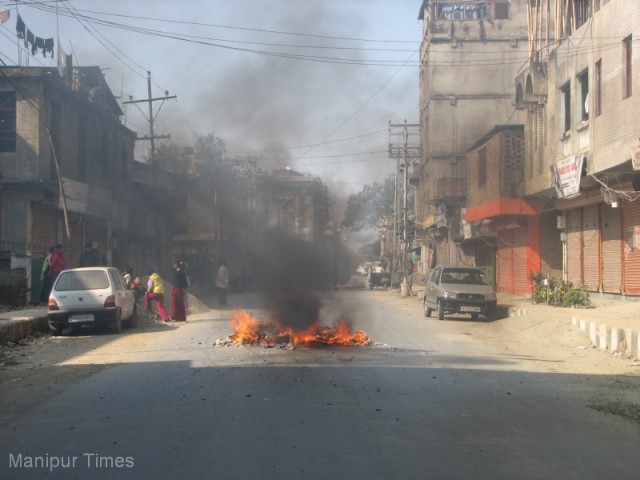 Tyres, which were developed as a part of scientific development for the sake of human’s comfort living are using as an essential tool to block roads in bandh by burning it which causes serious health problems. Health and scientific expert says, burning tyres releases benzene and heavy metals and produces dioxins. These toxins are associated with a wide range of serious health problems including reproductive impairment, developmental delay and cancer. Burning tyres also presents the potential for loss of productivity and reduced marketability of agricultural products in areas impacted by waste burning facilities.

Tires are composed of natural rubber from rubber trees, synthetic rubber made from petrochemical feedstocks, carbon black, extender oils, and steel wire, up to 17 heavy metals, other petrochemicals and chlorine.

Dioxins and Heavy metals are released while burning Tyre:

Dioxin released into the air can travel long distances in the atmosphere before settling onto soil, water and plants. It enters crops via the soil, from particles deposited on leaves, and by absorption of dioxin vapours from the air into the plant. Dioxin doesn’t break down readily, but accumulates in the fatty tissues of animals consuming those plants, and concentrates in meat, eggs, and dairy products and consequently in humans. These toxins also bio magnify, which means that as dioxins move up the food chain, their concentrations are repeatedly multiplied. A study of biomagnifications of low levels of dioxin from soil and feed into chickens showed levels of dioxins found in eggs and chickens tissues that were 10 to 200 fold greater than the soil concentrations. (Petra’s)

The EPA’s 1994 Draft Reassessment of Dioxin concluded that there is no safe level of exposure to dioxin; even at extremely low levels a wide range of serious health effects are possible, including reproductive impairment, developmental injuries, and increased risk of diabetes.

Metals do not break down in the environment so they build steadily increasing concentrations in soil.

Metals taken up from the soil or deposited on plants from the air can contaminate crops. When cadmium levels in soil were increased by 50 parts per million, wheat yields declined 25%, with greater productivity damage as the cadmium levels increased. (Page) Metals bio accumulates, moving from the environment into tissues of living beings where they build up over time. Low levels of lead can cause mental retardation, learning disabilities and stunted growth in children.

Coming to the point, unfortunately here in Manipur burning of tyre is considering as part and partial of calling bandh/strike in Manipur since some years or a decade back. This tool (burning of tyre) in blocking roads in bandh has promoted like a culture. By keeping in mind the health hazards caused by this, it is time for all of us to reform or removed the use of burning tire in bandh/strike so as to block roads.