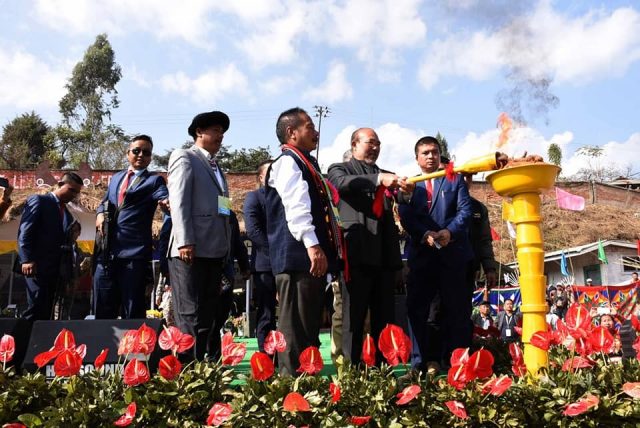 Speaking at the opening function as the chief guest, Shri N. Biren Singh said that one can’t enjoy the delight of having good roads and owning costly cars if there is no amity among people. Stating that good relationship among people of different communities is of prime importance, the Chief Minister observed that one who respects fellow people would gain love and regard from others as well in return. It is a matter of joy that trust and love among people has been regained after the coming of BJP-led Government in the State, he said.

Observing that water is life, and no life is possible without water, the Chief Minister acclaimed the people of Senapati district for understanding the importance of Barak river, which is one of the most important components of the State’s ecosystem. This is the reason why he requested the people of Senapati to allow the Government join hands with the people of the district in organising the festival as a State level event from this year onwards, the Chief Minister said.

Shri N. Biren Singh stated that the Government would take up steps in consultation with the DC and officials of the State Tourism Department to encourage garbage management and plantation of saplings at the origin of Barak and also at some selected villages where the river passes through. He also expressed his strong desire to visit and see the origin of the river.

The Chief Minister also expressed his desire to organise the festival in greater scale and more systematic manner with the participation of tourists and cultural troupes from other States and foreign countries from the next year. For this, he directed the contractor and officials concerned to complete construction of gallery of the mini stadium before next year’s festival.

Regarding border issues at Dzuko and Tungjoy village bordering Nagaland, the Chief Minister said that the matter can be sorted out without any trouble as there is a very good friendly relationship and understanding among all the Chief Ministers of North East States now. Shri N. Biren Singh said that he is happy that the functionaries of Southern Angami Youth Organization have expressed their desire to meet him.

Speaking on the occasion as the functional president, Public Health Engineering Minister Shri Losii Dikho said that like Egypt is the gift of the Nile, Barak River has been playing pivotal role in maintaining a good ecosystem rich in floras and faunas in the State. Observing that requirement of water would increase manifold in coming days, water can be brought to the valley through tunnels, he opined. The Minister also spoke in detail about various projects being taken up by the Government in Senapati district.