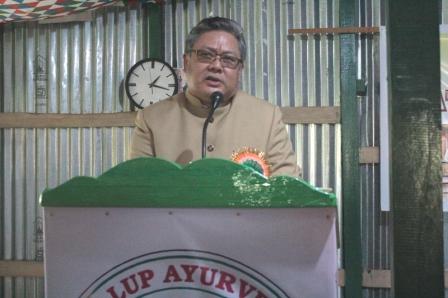 Addressing the gathering as the Chief Guest, Minister Karam Shyam said that he takes the responsibility to initiate to make sure that the Manipur Public Library Act, 1988 is implemented in the State which has been neglected for the past 29 years. He said that he will dedicate his remaining life to work for the library movement in the State after his political stint.

Stressing the role of library, the Minister said that human civilisation can progress only with adequate knowledge. A library can be considered a storehouse of knowledge and plays a very important role in promoting the progress of knowledge, he added.

Minister Karam Shyam called upon the students to help fellow human beings, inculcate the habit of performing good deeds and have positive thoughts. He also urged the students to read inspirational biographical and autobiographical books of great leaders and follow their footsteps.