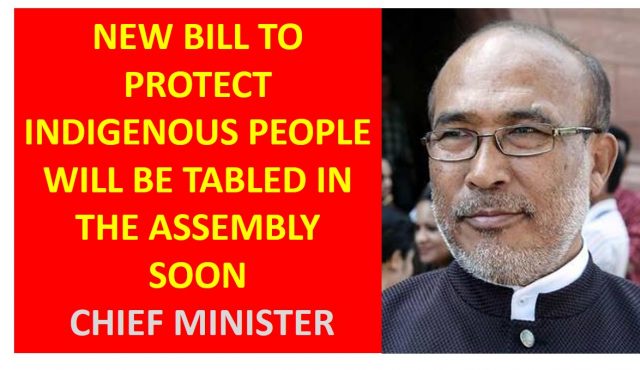 Imphal, May 22 2018 (DIPR): Chief Minister Shri N. Biren Singh said that the State Government would table a Bill to protect the indigenous people of the State in the coming Assembly session. This was stated by him while speaking to the media persons about the State government policies to curb the influx of illegal immigrants in the State.

Later, Chief Minister informed the media persons that around 80-100 illegal immigrants were identified and out of which 36 persons have been jailed. Replying to a query about the Citizenship Bill, he clarified that Manipur has nothing to do with the much hyped Citizenship Bill.