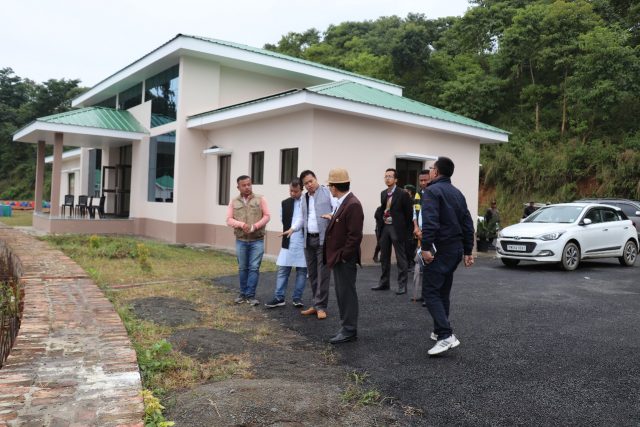 The government spokesperson, who is also the Works Minister, inspected road conditions in Thanga and Moirang areas ahead of next month’s Sangai Festival.

Minister Biswajit said that Keibul Lamjao is a historical place and is of utmost importance to the State. Keibul Lamjao will be a venue of the Sangai Festival and 25 stalls including food stalls will be set up there, he said before adding that the stalls will be increased if the need arise.

Stating that Keibul Lamjao venue will hosts State events till the end of the festival, the Minister also invited the locals and the JAC to share suggestions and ideas if there is any to add to the programs to be held at Keibul Lamjao.

Briefing media persons at Keibul Lamjao after the inspection, Minister Biswajit said that repairing of roads and mending of potholes will be completed ahead of the festival. Preparation of programs for road repairing is already complete and the government is sure of meeting its commitment to complete all repairing of roads at the earliest if the weather permits, he continued.

He said that today’s inspection was part of the BJP led government’s commitment to bring development and improve road connectivity in the entire State including the rural areas. (DIPR)