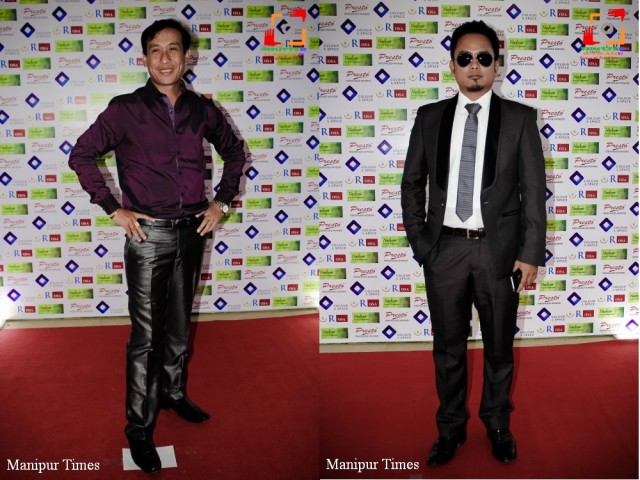 Evening is a wonderful time. Satisfied and calm from the day’s activities. You see less vehicle plying on the road. The shops are closed. The kitchen knife became sharper. Well the town is quiet.

The commitment of night life dated a year back from the Legislators. Paper tigers are folded and put to sleep in the cupboard.

An evening started. Every moment unfolded in a glittering way. Whom we saw in silver screen appeared one after another attired in a fitting wear. They look fine, their dress perfect, and skin toned.

Red is warm. There was an ambience. The walk on a carpet is comfort. An exclusive show down is aesthetic with personalities walking the Red Carpet along the aisle. Red Carpet – a premiere of Beragee Bomb mark the beginning of a grand function where film stars and film makers are given a thumping honour for their feats.

The social gathering at a film premiere where you get to entertain yourself and at the same time mingle with the film personalities is a great sensation. The occasion comes rarely and the initiatives of WOL Media and its supporters in terms of sponsors and volunteers have make it possible and it mark the beginning of grand events in the glamorous film world.

Manipur Times got an opportunity to talk with the celebs during the event. Here is some of the words from our celebs.

I am very happy. The event has given a new status. It has not only elevated the standard of the film world in Manipur but promoted the artists. The gathering is nice. Dinner is well organised and I wish the organisers all success. Such programme should be held frequently. It is a very good moment.

It is the first Red Carpet event in Manipur. WOL – Media has done a wonderful job and we artists are very excited. In Manipur, the government has not done much for the film artists and promotion of film industry so far. Today’s occasion is grand, as an artist with tight schedules we hardly have time to gather at one place. Watching a film premiere with all my fellow artists at a releasing function is great. The occasion has given us a big honour and we feel happy. I wish it could turn out to be an event where people aspire to participate. It is a big platform. Red Carpet event happen for the first time in Manipur. The moment will be encrypted in our hearts. I wish the organizers all the success in every venture they take in a good way.

It should have started earlier it is a bit late but we are very lucky. In our film society it is a good event and we can say ‘changes have hugged us.  In future, if we keep the habit, it is a doorway. Producers and directors should follow the trend. This is the day every actor dreamt off, this is the awaited evening. Credited goes to the organizers and our fellow artists Tonthoi who was a part of the event.

Since it is started, we can’t stop and I appeal all the producers to follow the trend setting event.

It gives me an immense feeling as I walk the honour carpet. I was over excited and my leg began to shiver. Bringing such environment is very vital and we are lucky that it happen in our time.

Even the movie was very good the actors are new but they have performed well.

I was taking part in the organizing committee and from that moment, I have felt the happiness.  I am very glad and thankful to all the celebs who have attended the event.

More than 80 per cent of our expected invitees including our senior artists who would be retiring turn up and I counted it as a big success. We take a time to be together and it is a heartfelt moment.

For the first time, Red carpet event is held in Manipur. It is an honour to the artist and we are happy. We felt lucky and the film released and screened today is also good.

The initiative is well and we should start up. Be it award function or film release, if red carpet type event is organize we will feel great.

This is about glamour it is totally different from other world like the sports world, political world or the officers’ world. It is totally different from other ceremony or function in the way how it is organised. I feel it has a purpose, we gather together we have producer, director, crew, critics at one place. We exchange, discuss, learn many things in this gathering. Somebody might be thinking that we enjoyed our party wearing good dresses.

The life of our film family is glamorous. Wherever they are, they are concern about making films. For us such type of gathering is very good.  It is very hard to meet together. To interact, to exchange to transpire idea and these things are well done here.

I am very happy as a director of ‘Beragee Bomb and very thankful to WOL Media. It is a grand platform for artists. Red carpet and its event are nice. It turns out to be good. The movie ‘Beragee Bomb is experimental with new artists and new script writer. I involve all the artists in the film making process it was like a workshop where they learn to make movie. When the movie was completed, we were searching for distributor and marketing, we met with WOL Media and we came up with the idea of Red Carpet event.

We use contemporary dialogue in a youthful way in our film. I thank all our artists in the film.

The initiative to bring the new happening is good, it is the mark of a generation in our civilisation. It is a good thing to honour us in front of the public. We artists are poor and we felt good at the honour. It is very valuable and I feel happy and satisfied.

It preserves and promotes our culture. Expands our space and horizon. Real artists contact with the public in an environment of film screening and it is good for the public too.

Web of Life Media (WOL Media) the organisation behind the successful Red carpet event has its office at Yambem Jupiter House.

James Mayengbam from WOL Media shares us on the very event.

“Our three main objectives behind the Red Carpet – a premiere of Beragee Bomb are to glamourize film industry, to promote upcoming artists and give artists a platform as they meet with eminent director and actor during the event and to promote costume designers in making Manipuri traditional wear to include in modern wear”.

We are planning to organize such events two times a year. Publicity event focusing on celebs is very good expressed the artists to us. And we are getting good glamour out of this dedicated event.

We have included dinner and snacks during interval time and after the screening for interaction programme.